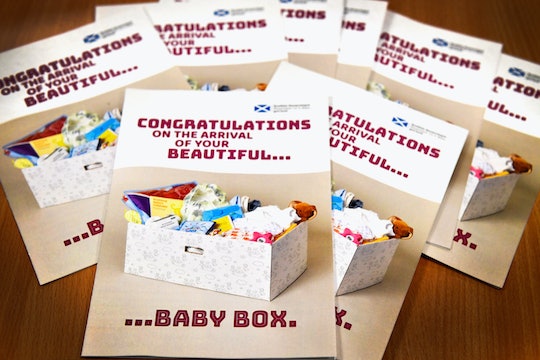 The Scoop On Baby Boxes

While the seemingly never-ending garbage fire of American politics may be starting to get you down, there is still good in the world, I promise. Becoming a new parent, or having another child as well, is a stressful time. There are hospital bills to be paid, supplies to be bought, and sleeping schedules to adjust, on top of a million other things. Parents celebrating the arrival of a new baby are also celebrating the arrival of higher grocery bills, an increased level of stress, and possible uncertainty for how to best let their child sleep the first few months of their life. Sudden Infant Death Syndrome, or SIDS, has taken the lives of about 1,500 babies each year in the United States, according to the Centers for Disease Control. And most of these deaths can be attributed to sleeping issues, which was the main reasoning behind the creation of The Baby Box. And, for parents in New Jersey, The Baby Box will become a regular appearance in hospitals, and their homes. So, what are baby boxes? And will parents in other states get to experience them as well?

Baby boxes, according to the Los Angeles-based company of the same name, have been around for a while, and were actually founded in Finland.

As the company explains,

For more than 75 years, Finland's expectant mothers have been given a Baby Box by the state that serves as a starter kit for their new baby. It contains clothes, blankets, and other newborn necessities, and the Baby Box itself--which is lined with a mattress--is used as the child's first bed.

It's no surprise that the United States has started to pick up on the Finnish tradition: In 2012 the country only lost 12 babies to SIDS. This statistic, when compared to the numbers in America, is reason enough for baby boxes to become a global tradition for new parents.

Which is why it's so exciting that parents in New Jersey will now start to receive their own baby boxes when they give birth. Beginning Thursday, Jan. 26, expectant parents can go online to start the process of requesting a box. The process also encourages parenting education along the way, with one of the requirements for the box being that parents have to pass an online quiz before choosing whether they get their box delivered or pick it up from the hospital.

While, so far, New Jersey is the only state in America to begin offering Baby Boxes to parents, given its cost efficiency and the safety it provides to babies everywhere (as well as the comfort that, in turn, provides parents), hopefully other states will join in soon. The health of the nations little ones are at stake.