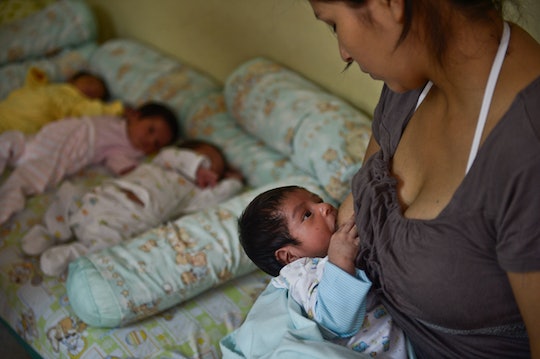 What Are Breastfeeding Laws In Other Countries? A Breakdown Of Nursing Around The World

It's important to know what to expect and how to follow the local laws when you are abroad. Many foreign governments enforce regulations based on religious and cultural beliefs, which can be very different than what you are used to here in the United States. Some cultures may value breastfeeding, but consider nursing in public to be indecent. Other cultures may have such deep rooted history of breastfeeding, that mothers feed their babies anywhere and everywhere without a second thought.

Organizations such as La Leche League International and Save The Children are doing their part all around the world to educate on the importance of breastfeeding. Here are some of the breastfeeding laws you will find in other countries.

More Like This
41 Strong & Sweet Baby Boy Names That Start With “K”
20 Stocking Stuffers For Kids Under $20
Festive Mommy & Me Holiday Nail Ideas To Try
The “Tripledemic” Is Scary, But I Feel Less Helpless When I Wear A Mask