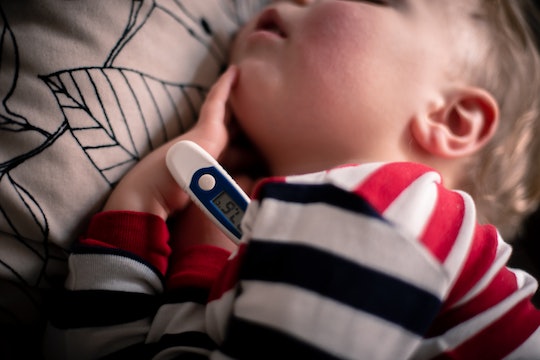 New York State Department of Health is investigating up to 85 cases of what doctors are calling pediatric multi-system inflammatory syndrome, a rare COVID-related illness that has resulted in the deaths of at least three children. In some cases, children exhibited symptoms similar to those associated with Kawasaki disease, a relatively rare illness that can cause arteries and blood vessels to become inflamed. But what are the symptoms of Kawasaki Disease in children and how are they overlapping with the COVID-related pediatric multi-system inflammatory syndrome?

While the majority of children who contract COVID-19 are reported to experience only mild illness, health officials in the United Kingdom were among the first to report a potential link between COVID-19 and a pediatric inflammatory disease, according to Live Science. Cases of pediatric multi-system inflammatory syndrome have since cropped up in New York, Illinois, and California. And while medical professionals are still learning about the syndrome, they've said its features are similar to those seen with Kawasaki disease and toxic shock syndrome.

Kawasaki disease is a rare childhood illness that causes inflammation of the arteries and blood vessels and can lead to heart-related complications. According to the National Organization for Rare Disorders (NORD), the initial symptom of Kawasaki disease is often a high remittent fever that lasts for a week or more.

Children with Kawasaki disease may also develop inflammation in the whites of their eyes, which causes them to appear red or pink, and a reddish rash typically around the trunk or groin areas. Swelling in the feet, hands, and lymph nodes in the neck, as well as dry, red, cracked lips and a tongue similar in color to a strawberry are also symptoms common to Kawasaki disease, according to NORD. Symptoms of Kawasaki disease can also include diarrhea, vomiting, skin peeling, and joint inflammation.

In a statement issued Saturday, New York Gov. Andrew Cuomo warned parents that symptoms of pediatric multi-system inflammatory syndrome could include irritability, confusion, lethargy, racing heart, chest pain, troubled or fast-paced breathing, a fever that lasts more than five days, a change in skin color, and severe abdominal pain, diarrhea or vomiting, seeming too sick to take in fluids or a decrease in the frequency of urination. In infants specifically, Cuomo's office warned that difficulty feeding could be a symptom of the syndrome. Parents are urged to be "vigilant" and seek medical care immediately if their child begins exhibiting any of the above symptoms.

"This is a syndrome that has been evolving over the very recent past," Health Commissioner Dr. Oxiris Barbot said in a Sunday news briefing with New York City Mayor Bill de Blasio. She said medical professionals across the state had been urged to look out for children exhibiting prolonged fever, laboratory indications of inflammation, and symptoms consistent with shock, such as overwhelmed organs.

But while health officials' definition of pediatric multi-system inflammatory syndrome may seem to include a broad expanse of potential symptoms, Bardot stressed that medical professionals and public health authorities were still learning about the illness. "The reality is, this is still evolving," she said Sunday. "We are working in collaboration with our state partners, with the [Centers for Disease Control and Prevention] CDC, and it may be that this case definition evolves."

The 85 cases reported to be under investigation in New York as of Monday represent a significant uptick from the 15 children first reported to have been hospitalized with the mysterious but serious inflammatory syndrome in early May. At least five children are believed to have been treated for the mysterious syndrome in Illinois, while there has been at least one reported potential case in California.