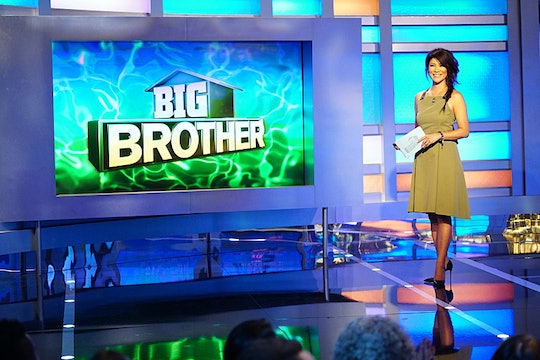 What Are The 'Big Brother 18' Care Packages? They Could Be Useful For Houseguests

Last Thursday, Julie Chen revealed to Big Brother fans that America would get to have a hand in the game. Now that the numbers in the house are growing smaller and the competition is getting even more intense, fans can now offer their favorite Big Brother 18 contestant a care package that can help them in the game in some way. So what are these Big Brother care packages and how can they be used to help the player of your choice?

Over the next month, voting will open so fans can vote for whichever houseguest you want to receive the care package for that week. Viewers can vote up to 20 times each day and can either use all their votes for one houseguest or split up your votes. The first care package was a "Never Not Pass," and it was revealed on Sunday that Natalie received the first care package. The pass prevents Natalie from ever being a Have Not again for the rest of the season. However, now that Natalie has won a care package, she cannot win another one. Once a houseguest receives a care package they're disqualified from receiving another for the rest of the season.

For the second week, the care package includes the power to eliminate two eviction votes meaning they can prevent two houseguests from voting in that week's eviction. The following week the winner of the care package will get "Super Safety," keeping them safe for that week but they'll have to wear a "Super Safety" costume all week.

For week four, the winner of the care package will become Co-HOH, which means they would get to share all the HOH perks, including getting to make one of the nominations for that week. Lastly, for week five the care package is a "BB Bribe." The houseguest will get $5,000 to bribe another houseguest, which can be used to influence voting, nominations, vetoes, or competition. The bribe can only be used once for one action leading up to that week's eviction.

These care packages can be very useful for a houseguest so make sure to vote your favorite houseguest each week on CBS.com, but remember, houseguests can only win once, so choose wisely.