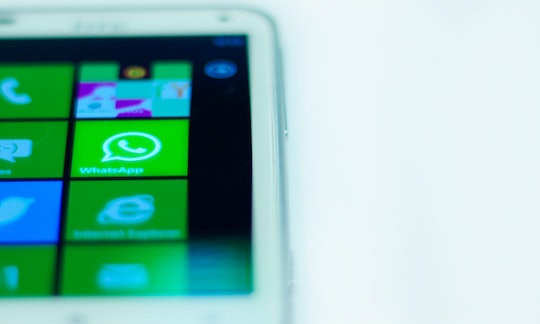 What Are The Encrypted Apps That The Paris Attackers Allegedly Used? People Use Them Every Day

Officials investigating the Paris attacks have recently reported that ISIS terrorists may have used encrypted apps to do their planning. Investigators discovered that the terrorists all had WhatsApp and Telegram on their phones, both of which advertise their end-to-end encryption and are difficult to decode. Prior to this, officials weren't clear on how the terrorists plotting went undetected by intelligence agencies.

In earlier statements, officials reported they had found such apps on the cell phones of the attackers, but this is the first time they've said, with some certainty, that encrypted apps were key the Paris attackers' plotting. (The attacks in Paris took place at five different locations and killed 130 people.)

Though officials have not said specifically what evidence they have to prove the apps were part of terrorists' communication system, they have revealed that the attackers' phones showed use of the apps immediately before the shootings, according to the BBC. But, because of the design of these apps, officials told CNN that exactly what was said among the terrorists may never be recovered.

Officials said that they were able to access some unencrypted messages on one of the cell phones, though the other terrorists appear to have been much more careful. The phones have been difficult evidence to crack because the attackers apparently used multiple phones, with multiple SIM cards to avoid surveillance, according to CNN.

The widespread use of encryption in terrorist plots is one reason there has been such a backlash by the government against the technology. The FBI has attempted to change regulations on encryption, but tech companies and users have resisted, citing privacy rights. At a terrorism conference at the New York Police Department on Wednesday, FBI Director James Comey said, "the use of encryption is at the center of terrorist trade craft," according to CNN.

WhatsApp, the wildly popular messaging app acquired by Facebook in 2014, touts its encryption, so even with this new evidence, it seems unlikely it will change its product.