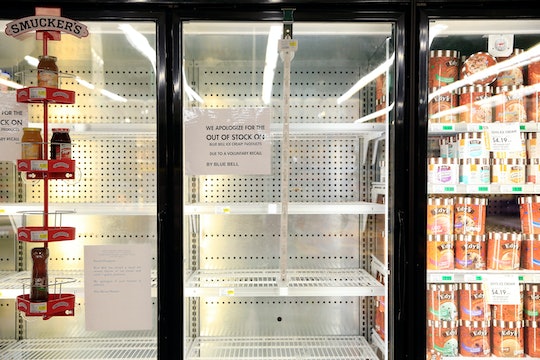 What Are The Long-Term Effects Of Listeria? What Parents Should Know About The Illness

With a recent widespread, multi-state recall of frozen vegetables because of listeria concerns, it's worth looking at what the illness is, what causes it, and what families need to know to protect themselves. So what are the long-term effects of listeria? The extremity of each case depends on the state of your health and immune system when you're exposed.

It's fairly well known that listeria can be devastating to pregnant women because it can cause birth defects or even the death of the fetus. And, in very young children, the elderly, or those with weakened immune systems, listeria can be deadly. Additionally, 2009 research from the Center for Foodborne Illness Research & Prevention found that food poisoning from various pathogens, including listeria, are more common in children, because it requires less bacteria to cause symptoms in a small child. Listeria can also cause long-term brain and nerve damage including seizures, blindness, and other disabilities in small children. It's important for parents to be diligent in doing everything they can to protect their children from food-borne illness.

One out of every six Americans will get some kind of food poisoning every year, according to FoodSafety.gov. So far in 2016, the Centers for Disease Control has issued warnings on three different listeria outbreaks: one for Dole salads, the second for Listerosis linked to raw milk, and the most recent recall of frozen vegetables from CRF Frozen Foods, which has already hospitalized eight people. So here's what you can do to keep your family safe from listeria.

Keeping surfaces clean and preventing raw meats from cross-contaminating fresh foods are a must for a safe kitchen. The Food and Drug Administration offers these tips to prevent listeria, from cleaning hands and surfaces frequently to making your own sanitizer by adding 1 teaspoon bleach to 1 quart water and letting it sit on a surface to kill bacteria.

Listeria still grows in the refrigerator, which is why you have to pitch leftovers after about three days. But, the bacteria grows more slowly at below 40 degrees Fahrenheit, according to FDA, so make sure to set your fridge accordingly. It's also crucial to clean up spills on the inside of your refrigerator with warm soapy water and a little sanitizer, because that can become a breeding ground for listeria, which can spread to other food.

If you're someone at particularly high risk should you be exposed to listeria — like a pregnant woman or a person with a compromised immune system — there are a few foods you'll probably just want to avoid altogether, no matter how delicious. Deli meats, hot dogs, smoked seafood, and soft cheeses made with unpasteurized milk (like feta, brie, Camembert, blue cheese, and Mexican cheeses queso blanco, queso fresco, and Panela) should all be off the menu, too.