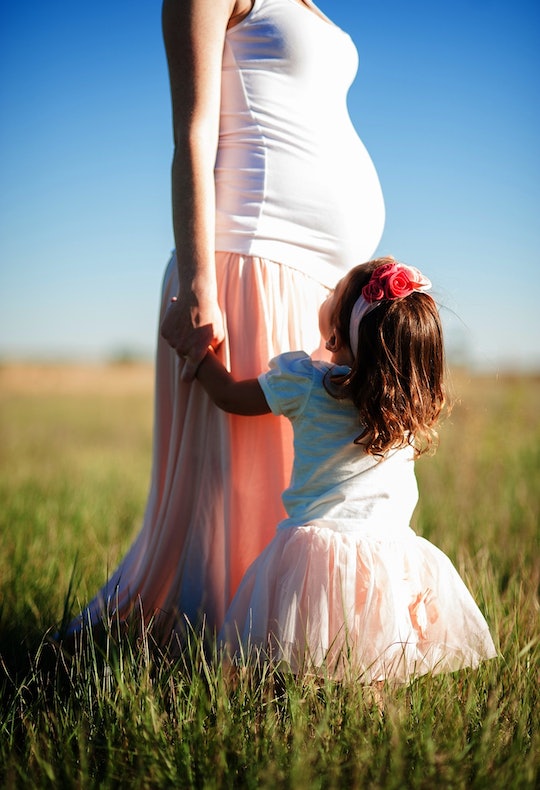 So you've brought one bundle of joy into the world and are trying to bring in another. If you're the planning type, you'll want to research as thoroughly as can before having baby number two, to get your fam ready for the happy changes coming your way, along with the more concerning ones. So what are the most common complications of second pregnancies? Plenty will tell you that your experience won't be identical this time around, and doctors will be sure to let you know which complications are more likely to occur while you're carrying your second kid.

"If you had any complications during your first pregnancy," the Mayo Clinic advises, "such as premature birth, high blood pressure, preeclampsia, gestational diabetes, fetal growth restriction, or postpartum depression, you might be at increased risk of the same problem in your second pregnancy or later pregnancies." Though it's by no means guaranteed that a first pregnancy complication will manifest itself again in your second, it is just a little more likely this time around. But don't let this info upset you too much, just think of it as a precautionary measure; Knowing what to look out for can help mothers and doctors work to reduce future risk, together.

Something else to think about? Your risk of placental abruption and postpartum hemorrhage (PPH) rises after each pregnancy. That's not to say these conditions are extremely likely to occur in a second pregnancy, as they typically arise after multiple pregnancies but, hey, the more you know, right? PPH can be life-threatening if untreated, and placental abruption causes complications, too. Thus, you'll want to be on the look out for PPH and placental abruption symptoms, and tell you're doctor if you're experiencing any of them.

OK, enough bad news. Thankfully, there are a few pregnancy issues that lessen in likelihood with baby number two. You'll be so happy to hear that labor and delivery are typically shorter in a second pregnancy, which we can all agree is a positive difference. Also, "you'll probably breathe more easily and eat more comfortably than in your first pregnancy," notes Parents magazine, seeing as you'll carry your baby a bit lower than you did the first time. But, of course, there's a catch to this one: In exchange for easier breathing and eating, you'll likely have to urinate a lot more. I guess we'll just call it all even, then.

A second pregnancy is an exciting experience that should incite joy rather than anxiety. Though your second pregnancy might not be an exact copy of your first, some commonalities do emerge and it's best to be aware of them. Reviewing potential risks and conditions is just a way to keep your baby healthy, and keep the conversation going in the right direction with your doctor.