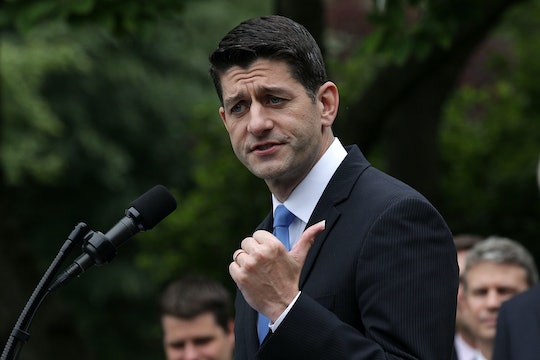 While the issue of Health Care has been high on the list of trending topics lately, there are still many questions that remain up in the air. The Republican plan to repeal and replace Obamacare, or the Affordable Care Act, was passed in the United States House of Representatives last Thursday and, if it's passed in the Senate, will have a major impact on millions of Americans. The American Health Care Act, as it's known, changes many of the ACA's most popular provisions, including protections for those with pre-existing conditions. With so much still to be decided, what are the most common types of pre-existing conditions? And who may be hurt the most by changes in the health care law?

So, how many Americans could this new legislation impact the most? Here's a breakdown of the most common conditions that could be included in that list:

And while these pre-existing conditions will certainly impact the most Americans, under the AHCA, pregnancy, sexual abuse, pending or past C-sections, and more could all be counted against patients looking for health insurance.

House Speaker Paul Ryan claims that the AHCA won't have any negative impact on those with pre-existing conditions. "Under this bill, no matter what, you cannot be denied coverage if you have a pre-existing condition," Ryan told George Stephanopoulos last week. "And under this bill, you cannot only not be denied coverage, you can't be charged higher."

This statement, of course, seems to be just another way in which Ryan is casting any potential blame for this bill's fallout on to the states, especially since the bill gives states the right to allow insurance companies to charge higher premiums for those with any pre-existing conditions, so long as they establish high-risk pools — which traditionally don't work well.

Whatever its proponents may argue, the AHCA could potentially mean that Americans who live with some of the most common pre-existing conditions will likely be forced to pay thousands more for health care. And that could mean millions of people will suffer.