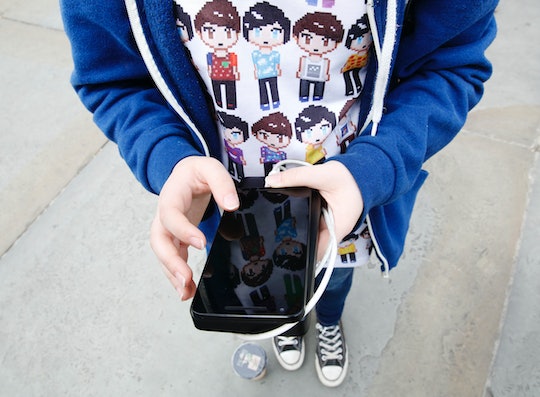 What Are The Pink Flowers At Some Pokestops On "Pokemon Go"? They're Definitely Alluring

Now here's a sentence I never thought I'd be writing in 2016: Pokemon is back, and it's back with a vengeance. "Pokemon Go" has taken over smartphones and streets, and people of all ages are hitting the pavement to find pocket monsters hidden behind bushes and statues alike. If you're anything like me, though, and grew up with video-game-averse parents, the ins and outs of the game might leave you a bit confused. What's with things like Pokestops, and what do all those pink flowers at Pokestops mean, anyway?

"Pokemon Go" doesn't necessarily come with a whole bunch of instructions, and that's okay: Those who have played the game enough have intuitively learned what kind of beast they're dealing with. For parents or others who don't want to catch the Poke-mania, though, a little guidance could be helpful. So here's what those Pokestops and pink flowers are all about.

Since "Pokemon Go" is an augmented reality game, it takes place in the real world — which means that Pokestops are actual places that players (called "trainers" in the app) walk to. These stops are usually interesting locations in the city or town the player is in; a Pokestop could be a monument, fountain, mural, or other hot spot to check out. And while the stops are picked because they're worth visiting in real life, they're also worth visiting in "Pokemon Go," since players can collect special in-app items at them.

Now, as for those mysterious pink flowers. Those will appear around a Pokestop when a person has used a "Lure Module" on the location. What does that mean, exactly? It means another player has spent $0.99 to buy and attach this module to a Pokestop, which will in turn make more Pokemon appear in the area. (If you wanna catch 'em all, sometimes you've got to spend a little dough.) Anyone can then go to these flowered Pokestops to try and catch the more plentiful Pokemon that flock to them.

If you were thinking that a "Lure" tactic sounded creepy, you were right. Generally, people use them to capture Pokemon, but they've also been used for more nefarious purposes. According to The Guardian, at least one appealing Pokestop was used as bait by thieves, who waited for excited "Pokemon Go" players to walk past a secluded parking lot (on the way to a "Lured" Pokestop) before robbing them.

Most of the time, though, Pokestops are pretty safe — and those little pink flowers simply mean you're more likely to catch some more digital monsters there. Considering how alluring the stops are, you may even befriend some other determined Pokemon players in the area, too. Just, you know — be careful out there.