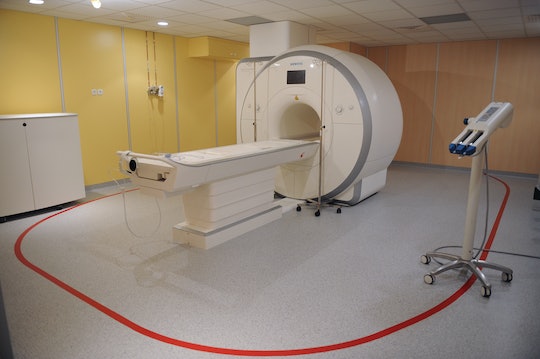 What Are The Symptoms Of AFM? The Condition Can Be Difficult To Diagnose

Cases of acute flaccid myelitis (AFM) are on an upswing in the United States this year. Though the condition is still rare, its tendency to strike children and its potential to cause lasting paralysis has the Centers for Disease Control and Prevention monitoring it closely. Though researchers are still trying to understand exactly what causes AFM and what can be done to treat it, getting an early diagnosis allows doctors to intervene quickly and develop a comprehensive plan to work toward the best possible outcome. What are the symptoms of AFM that parents may want to watch for? Because AFM can start out looking like a number of common respiratory illnesses, it's essential to know how symptoms progress.

Between January and August 2016, doctors reported 50 AFM cases in 24 states, according to NBC News. It's far from an epidemic, and the 2016 number of AFM cases still isn't close to the 2014 high of 120 in 34 states that the CDC recorded. But because it's up from the 2015 total of 21, the increase drew the attention of the CDC and the interest of researchers attempting to determine precisely why the number grew, according to NBC News. What makes AFM particularly formidable is the difficulty in diagnosing and treating it. Some ultimately diagnosed with AFM get spinal lesions, TODAY reported, and some test positive for enterovirus, but neither characteristic is consistent across all cases.

To diagnose AFM, it's important to know what specifically to watch for. The most common and prominent symptom of AFM is "sudden onset of limb weakness and loss of muscle tone and reflexes," the CDC reported. Other possible symptoms include "facial droop/weakness, difficulty moving the eyes, drooping eyelids, or difficulty with swallowing or slurred speech." Pain in the extremities and difficulty urinating may occur; numbness and tingling are uncommon but possible. Because AFM weakens the muscles, it can lead to respiratory failure in severe cases.

Because AFM is so rare, it can be difficult to get an accurate diagnosis. One mom took her daughter to a pediatrician and to the emergency room as symptoms progressed, according to TODAY. But the 4-year-old was only admitted to a second hospital when she lost mobility in her right arm and struggled to keep her head upright. Knowing what symptoms to look for is part of the challenge, but persistence may be key. Even if one doctor doesn't believe something is wrong, any sign of progression could warrant another trip to the emergency room.

The chances of a family confronting AFM are extremely small. But if parents know what symptoms to watch for, they're able to intervene early and ensure the best possible care for any symptomatic child.