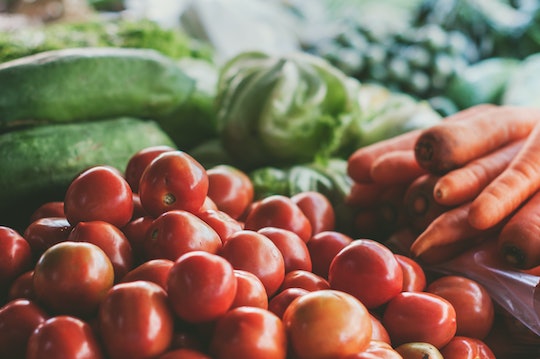 What Are The Symptoms Of Listeria? Frozen Vegetable Recalls Have People Wondering

Food borne illnesses can be scary. Especially when we buy groceries, come home from a long day of work, and just want to dig into a meal and go to bed without having to worry about your food. This past week it was announced that Trader Joes and other companies are under a massive frozen foods recall due to an outbreak of listeria in the food. But what are the symptoms of listeria? And how sick can you get from it?

As it turns out, this frozen foods recall is huge and not something you want to ignore — especially if you purchase a lot of frozen vegetables. The recall includes 382 frozen fruits and vegetables sold under 42 different brand names. Therefore, it is incredibly likely that a ton of different states, all across the nation is affected by the recall — its not just regional.

Stores including Trader Joes, Safeway, Wal-Mart (Great Value brand), Costco (Kirkland brand) and others are all affected by this recall. All of the affected foods were produced by CRF Frozen Foods and and the full list of recalled frozen foods is extensive. Luckily, there is a very handy list of all of the foods recalled, organized by brand, so you can make sure if the frozen vegetables in your freezer are a part of it.

But what if it is too late. How can you tell if do you have listeria?

Common symptoms associated with food poisoning are associated with listeria. According to the Mayo Clinic, basic symptoms of a listeria infection include fever, muscle aches, nausea, and diarrhea. And it might take a while for symptoms to show — symptoms could begin a few days after you've eaten the contaminated food or take as long as two months before they start to show.

However, if the listeria spreads to your nervous system, you can experience symptoms like headache, stiff neck, confusion or change in alertness, loss of balance, and convulsions. If you are experiencing these symptoms, you'll want to see a doctor. Some of these more severe symptoms may indicate bacterial meningitis which is an incredibly serious, life threatening condition.

According to the Food and Drug Administration, listeria can cause serious and possibly fatal infections in young children, elderly people, or those with weak and vulnerable immune systems. Listeria can also cause miscarriages and stillbirths among pregnant women.

Always be alert when outbreaks like this have occurred. Look over the list of recalled foods and determine whether or not those foods fall under the recall. Then, pay attention to your health. The symptoms of listeria are pretty common but they're also scary, and with such a large recall you want to make sure you're ok.