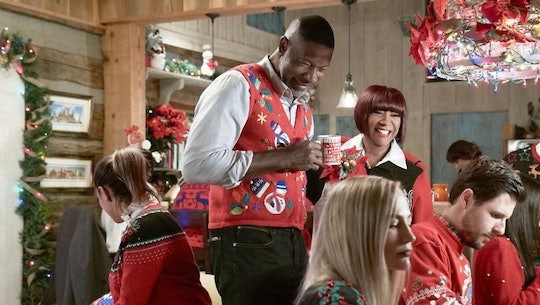 This Heartwarming Book-To-Movie Is About To Air On Hallmark

Christmas movies based on books are the epitome of joy. For one, you can read the backstory — in depth. You get to know the characters, their motivations beyond a two-hour story arc, and really invest in their lives. Then, when you finally catch the adaption on the big screen or TV, you're better able to notice where the plot strays, things are left out, or scenes are added. It's fun, actually. So with Christmas on its way, what book is Christmas Everlasting based on? Grab a pen and paper so you can get this baby while it's hot.

The Hallmark movie is based on Marie Bostwick's The Second Sister. The best-selling adult novel tells the story of lawyer, Lucy Toomey (played by Tatyana Ali), about to make corporate who travels back to her tiny town of Nilson's Bay, Wisconsin after her special needs sister, Alice, passes. Though she intends to get in and out and back to her normal life, she soon learns she has to stay put for 30 days or more after the funeral if she's to inherit her family's home estate. Of course she doesn't want to — who would? — but she eventually decides (with a little encouragement) to feel the magic of the season and make the most of the time she's to be in the place that loved her sister so much. The town reminds her of all the choices that led to where she currently is and all those who influenced the journey along the way. Hello, nostalgia.

Insert the love interest, Peter (Dondre T. Whitfield), who happens to be Alice's attorney and a former love interest of Lucy's (of course). Lucy staying 30 days in order to inherit her sister's huge estate was one of Alice's final wishes as stated in her will — since Lucy hasn't been home in 10 years. Once she's enveloped by the town's love of Alice, Lucy opens up and gives Christmas, and this new life, a chance. Sounds like the perfect holiday book-turned-movie to make you feel all warm and fuzzy.

The film is one of 36 holiday movies as Hallmark counts down to Christmas. It also stars the one and only Golden Globe and Emmy award nominee as well as superstar music icon, Patti LaBelle. Alongside the original Queen Diva is the previously mentioned Ali (The Young & The Restless), Dennis Haysbert (Reverie), and Daytime Emmy nominee Dondre T. Whitfield (Queen Sugar).

Author, Marie Bostwick, spoke to USA Today about her feelings on the book-to-film adaptation of Christmas Everlasting saying, "The scriptwriter and editing team made good choices. The changes they made didn’t lessen the emotion or change the central theme. In some ways, film can actually be better than words on a page. In a book, I have to write a lot to describe what’s going on or use a lot of dialogue to get a point across. But in film, the way an actor looks at another can communicate what takes me a page and a half to write. I have real respect for the way they were able to do that in the movie." She concluded by adding, "the central theme is that everyone makes mistakes, and you need to forgive yourself as well as others. Failure to forgive holds people back from living the life they’re meant to live. I write about this over and over."

Seems like a good book (or movie) to represent Christmas.