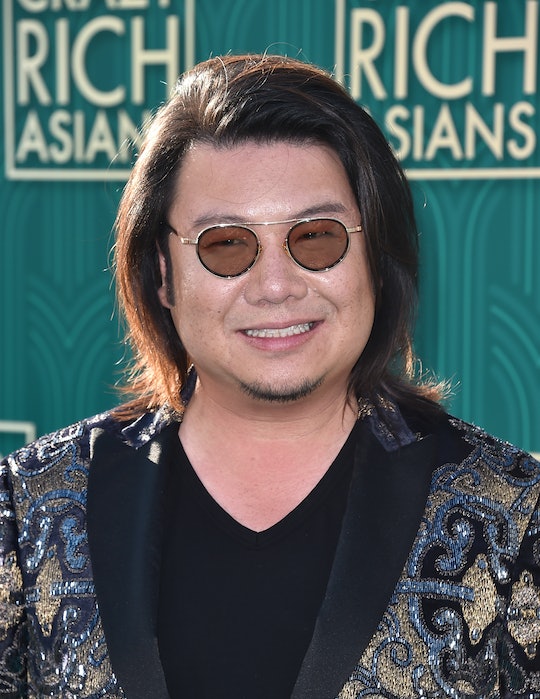 Among this summer's queue of exciting new movie releases is the highly anticipated Crazy Rich Asians. The Boston Globe reported that the plot follows Rachel Chu, a young economics professor as she visits her boyfriend's family in Singapore. In doing this, she discovers that she's actually dating a descendant of one of the wealthiest families in Asia, and along with a lot of money comes a whole smorgasbord of drama Chu is left to navigate. The movie is based on a bestselling book, and has probably prompted fans to wonder more about the author. What books has Kevin Kwan written? As it turns out, his latest blockbuster is just one of a whole trilogy of books.

According to Kwan's personal website, the author has released three books in recent years, including Crazy Rich Asians. His other debuts were China Rich Girlfriend (2015) and, most recently, Rich People Problems (2017). Of course, anyone would notice that there's a pattern in what he writes about, and that's not a coincidence. Last month, he told Refinery 29 that a lot of it is actually based off of his real life. "I did grow up in that world. I grew up in an old establishment family in Singapore. But as a kid, you just have no idea what people do," he explained.

Crazy Rich Asian's success and subsequent movie deal was as much a surprise to Kwan as anyone else. But he feels that the more we "demystify a culture," the more people are capable of relating to one another. In the same interview with Refinery, he explained that he experienced culture shock when he moved to the U.S.:

It was only upon leaving Singapore and moving to the States when I was 11 that I realized I had a really different upbringing from most kids. I was taken from a very rarefied world and put into normal, middle-class Houston, Texas. My dad tried this crazy social experiment. He decided he wanted to normalize his children, because that’s the kind of upbringing he had in Australia. My mom was dragged along, reluctantly. She had to learn at age 50 how make breakfast, how to vacuum. There’s a sitcom in here somewhere called Fresh Off the Yacht.

Earlier this year, in an interview with Vanity Fair, Kwan explained that he hopes the takeaway is a better sense of empathy and understanding for different kinds of people. "I want to portray this world with a certain degree of authenticity, and let the viewer decide where they want to sit on the moral line of the consumerism, materialism, greed, and waste taking place. On the other hand, I am a satirist, and I am very much skewering a certain set of people," he said.

As an executive producer of the film Crazy Rich Asians, Kwan has said that he's been pretty involved since the beginning, and he's excited to see everything come to life; to see the story be told in such a different way. But as for whether or not there are more books in his future? You can count on it. He told Vanity Fair:

There will definitely be more books, but before that, I’ll be developing a one-hour scripted-drama series. Subject matter is top-secret at the moment, but I don’t think fans will be disappointed. It’s going to be very different from Crazy Rich Asians.

So there you have it: if this summer's blockbuster isn't quite enough to satiate your love for Kwan's work, don't worry, because there's plenty more in the near future. Whether it's film or words, we're so excited to see what he comes up with next.