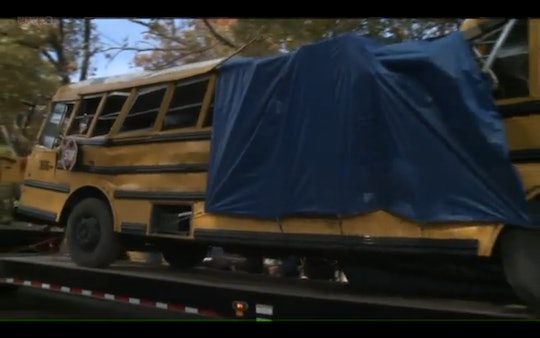 What Caused The Chattanooga Bus Crash? The Driver's Speed Is A Factor

Six families lost six, young loved ones due to an accident that occurred on Monday -- an accident that, unfortunately, still has a some unclear, key details. Parents especially have been asking: What caused the Chattanooga bus crash? It's been reported that the driver, Johnthony Walker, hit a tree after the bus had flipped over. Chattanooga Police Chief Fred Fletcher stated that the speed Walker was going was being considered "very, very strongly as a factor in this crash."

Until the bus' black box has been reviewed, the majority of details surrounding the crash remain somewhat speculative. Officials have ruled, however, that drugs and alcohol were not a factor in the crash. Multiple agencies are continuing to investigate, including the Chattanooga police, the Hamilton County District Attorney's office, the Tennessee Highway Patrol and the NTSB, USA Today reports.

Upon his arrest, 24-year-old Walker was charged with vehicular homicide in five counts, with a sixth count now pending. An arrest affidavit reads: "Mr. Walker lost control of the bus and swerved off of the roadway to the right, striking an elevated driveway and mailbox, swerved to the left and began to overturn, striking a telephone pole and a tree." The affidavit also reads that Walker was traveling "at a high rate of speed, well above the posted speed limit of 30 mph." Fletcher has confirmed this, telling CNN's Headline News that Walker's "driving was reckless and unsafe for conditions at the time."

A tweet by the Associated Press reports that Walker's way of driving had been an issue that was brought up in the weeks before the crash, saying that "students, [as well as the] principal raised concerns about [Walker]'s erratic driving." Walker's official driving record includes a "minor wreck" that occurred this past September. According to records obtained by BuzzFeed News, Walker "took a turn too widely, colliding with another car." In a separate event in 2014, Walker had another crash, one which "led to his license being suspended for about a month after he failed to show proof of insurance."

Efforts have been made to ease the unbearable pain that the families must be going through. As of Friday, over $112,000 has been donated to the affected Chattanooga families through the Woodmore Fund -- a fund established by the United Way of Greater Chattanooga and others so as to "help support the needs of the victims' families," that is, the families of elementary school-aged victims D'Myunn Brown, Zyanna Harris, Cor'Dayja Jones, Zyaira Mateen, Zoie Nash, and Keonte Wilson. Whereas these contributions can't undo what's been done, donations to the Chattanooga bush crash victims are certainly a welcome gesture.