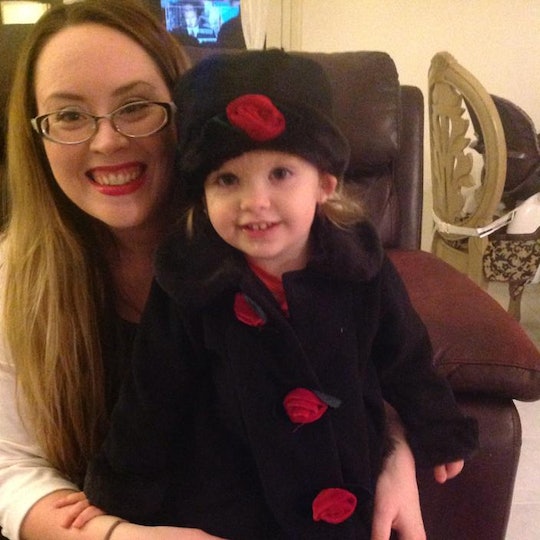 What Celebrating Thanksgiving In Italy Is Like, Because I Know, You're Curious About The Food

This year will be the fifth Thanksgiving I've spent abroad in Italy in the last decade of my life. Holidays in Italy — well, Thanksgiving in particular because it's an American tradition — are always interesting. Many Italians actually know about our Thanksgiving traditions, ironically enough, because they're taught about it in school. What they don't know about, and what can make it very difficult to celebrate, is the cuisine that accompanies a traditional Thanksgiving feast. Candied yams? Um, no; the Italians don't roll that way. Cranberry sauce with the turkey? Are you kidding me? LOL. (True life: that is literally the response you'll get when you ask for cranberry sauce.) Dolce e salato — sweet and savory — is not a thing that Italians are accustomed to. Sweet goes with sweet, savory with savory, and there's no mixing. And if you do dare mix, prepare for some heavy, heavy Italian side eye.

After attempting to buy many of the ingredients for a Thanksgiving feast in town (go on — laugh at me, I know) I quickly realized how difficult and impossible the task at hand was. No candied yams. No cranberry sauce. (Especially no cranberry sauce if you're banking on the jarred kind!) But you know what's even harder to find? A fully roasted 13 pound turkey! (Good luck if you're trying to find an uncooked bird.) Unlike most expats living overseas, though, I have two things working in my favor on Thanksgiving. I don't fall neatly in the ex-pat category. I am a military spouse, which means I have access to something many other Americans living abroad don't: a military commissary (aka The Promised Land: the grocery store).

Military commissaries overseas take great effort to supply our community with all of the ingredients needed to make a Thanksgiving dinner. But, they can only do so much, and the ingredients will only last so long in a community with over 6,000 people. They typically start putting out the ingredients in mid-October, but I promise you, they barely last till the week of Thanksgiving. (And really: who starts shopping for Thanksgiving in October?Don't they know we like to procrastinate?) Since this isn' t the States, there are no midnight runs to Walmart for some brown sugar or french onions. If you didn't get 'em while they were on the shelves – too bad.

The struggle is so real that one year, when I realized my brown sugar was solid as a rock two days before Thanksgiving, I went to the commissary to buy more and there was literally nothing left on the shelves. Needless to say, I made that box of rock solid brown sugar work for me.

Celebrating Thanksgiving abroad isn't miserable, though. One of the greatest things about this time of year in a community like this is all of the traveling opportunities. Instead of hunkering down for the weekend at my in-laws or making the trek to and from my own family's house, we're able to see the world. We have friends who pack up for the long weekend and head to Venice, others who visit Rome, and yet even more who travel to neighboring countries for the "holiday" weekend.

Life abroad also comes without all the stress that can follow you around back at home. Last year, I spent Thanksgiving morning with friends. We woke up, worked out, and spent our mornings caring for ourselves instead of scrolling through a litany of chores.

Another reason to love spending Thanksgiving in a foreign country? You get to show off your American cooking skills to a room full of hungry and excited Italians. Though they may not take sides in the homemade vs. store-bought cranberry sauce debate, everybody loves enjoying a good meal surrounded by people you care about. In America we probably wouldn't invite friends and strangers over for a feast — mainly because they'd be celebrating with their own families — but in Italy, we've cast a wider net on "family". When strangers are literally your own lifeline, you want to celebrate with the people you're thankful for.

More Like This
Moms, Just Eat The Fruit Dammit
My Parents Never Taught Me To Cook So I'd Always Need Them
Meal Prep Sucks The Fun Out Of Food
Deb Perelman Could Do This Forever