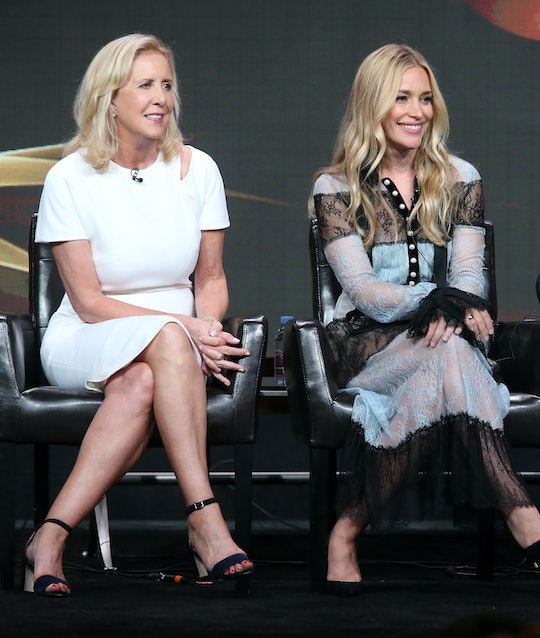 What Channel Did The Real Julia On 'Notorious' Work For? She Got Her Start At ABC

ABC's new Thursday night drama, Notorious, follows the professional and personal lives of executive TV producer Julia George (Piper Perabo) and high profile defense attorney Jake Gregorian (Daniel Sunjata). As is the case with many shows and movies these days, Notorious is loosely based on the lives of two real people: Wendy Walker (Julia) and Mark Geragos (Jake). If Julia is based on a real person one has to ask, what channel did the "real" Julia from Notorious work for? Well, in a funny twist, Walker actually got her start in the TV business as a secretary at ABC but it was her success at CNN that Julia's career is based off of.

Walker was the Executive Vice President at CNN in it's early years and the senior executive producer of Larry King Live for 17 years. Larry King Live wasn't only CNN's longest running show but also it's most popular, garnering over one million views nightly. Known as the "woman behind the man" Walker was responsible for landing exclusive interviews with some of the most important newsmakers and well-known celebrities from around the world.

It's easy to see the similarities between Walker and Julia. In the first episode of Notorious it's clear that although Julia is working behind the scenes, she's the one running things. Through an ear piece Julia is able to steer Louise (the show's Larry King) in the right direction during her interviews. Julia is the one that let's Louise know about breaking news and any changes to the show, on and off air.

"The show comes first," Julia says, and it's a line that's repeated throughout the pilot. Even though she goes unseen the show would fall apart without Julia and one has to believe that was the case with Walker and Larry King Live. However, it's doubtful Walker was dealing with the level of drama and murders Julia's currently dealing with but we'll probably never really know for sure. How much Notorious draws from Walker and Geragos' real lives is hard to pinpoint but the general premise is enough to suck in viewers and that's all that matters.