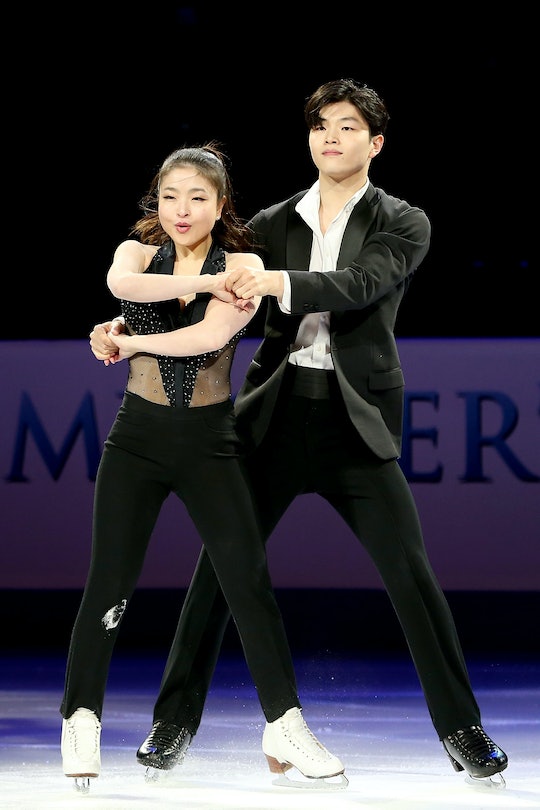 Here's How You Can Watch Couple's Figure Skating At The Olympics

Everyone knows that the most exciting portion of the Winter Olympics is always the figure skating. But while everyone seems to care most about the singles competition, I think it's high time we keep our eyes on the couples who will be competing this year as well. So what channel is couple's figure skating on? You're not going to want to miss a single moment of the exciting competition.

All Olympic events will be aired on NBC, and will be available for streaming on NBC's official Olympic page and the NBC sports app, which can be watched using any streaming device like Roku, AppleTV, or Amazon Fire. This will give you plenty of opportunity to watch the action go down, whether you like to watch these things live (at some ungodly hour thanks to time differences) or at a respectable time thanks to NBC's broadcasts. Because NBC seems to know that everyone is really here for the skating (I'm sorry I can't get excited about curling), it's airing all the figure skating at primetime. So after a long day of work, you can hunker down on your couch with some junk food to watch unbelievable feats of athleticism and teamwork (and hopefully see the USA teams take home the gold).

The official schedule for the couples skating is below. Please note that all times are in Eastern Standard Time:

There are actually two figure skating events in which couples compete. The first is the pairs event, in which two skaters work as a team. The second is the ice dance, which combines elements of ballroom dancing with figure skating. The figure skating event took off for the U.S. when Meryl Davis and Charlie White won the gold for ice dancing at the 2014 Sochi Olympics. Team USA tends to dominate in this category, so you can look forward to seeing some incredible routines from the Olympic ice dancers.

The U.S. is sending one more couple to the Olympics for figure skating, and that is the pairs team, married couple Alexa Scimeca Knierim and Chris Knierim. They won the national championship and were the only pairs team to make it to the Olympics from the U.S, even after Scimeca Knierim recently recovered from a debilitating stomach illness. Because Olympians apparently know no pain.

I really can't wait to see what all of these skaters have in store. So for the next two weeks you can probably find me watching the events every night at 8pm.