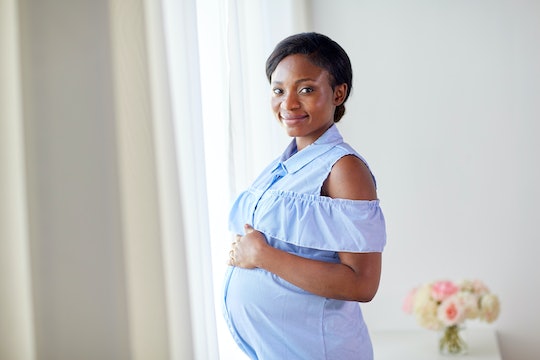 When you're pregnant, it can feel like you're constantly scrutinizing every little detail of your life — the ingredients in your moisturizer, the caffeine content of your chocolate, the 'done-ness' of your egg. If I had a dollar for every time I asked a waiter, "Is this cheese pasteurized?" I'd have enough money to buy a year's worth of brie. But there's one key thing you probably haven't thought about yet: how does Chinese New Year affect your pregnancy?

The 2018 Year of the Earth Dog will kick off February 16, 2018, and continue to the eve of the next Chinese New Year (or Lunar New Year) which is February 4, 2019, according to www.thechinesezodiac.org.

So what does the 'Year of the Earth Dog' mean for us humans (and incubating humans!)?

Will the 'Year of the Earth Dog' bring health and prosperity, making your pregnancy pass blissfully by? Or will it be a year of upheaval and change, adding stress to your life when you need it the least? Depending on what you believe in, decoding the Year of the Earth Dog is either vital news or a bunch of baloney. But, no matter what camp you're in, it's still fun to speculate!

The Year of the Earth Dog means action, according to the thechinesezodiac.org. It will be a good, but exhausting, year. (That's every pregnancy though, right?). It is also supposed to be a year of prosperity, especially for those who show generosity to others, reported the Japan Times. Hmmm... might be time to start sharing the pizza.

This year is supposed to be a good year to act dog-like, i.e. selfless and generous, according to karmaweather.com. In my estimation, the very act of being pregnant satisfies those requirements so check, check there.

If you focus on the "Earth" element part of the Year of the Earth Dog, it is said in Chinese culture that earth creates metal. In a nutshell, act nobly towards others and be rewarded with material and spiritual wealth, explained karmaweather.com.

Astrologists are also predicting that this year will be a year of social justice, with an increase in the number of citizens demanding change, reported the aforementioned Japan Times article. Because the Chinese zodiac sign of the Dog — a pack animal— represents integrity and equality, astrologists are predicting a rise in social awareness in 2018. Coming on the heels of 2017's #MeToo movement, this does seem like a likely prospect.

The Tokyo-based Canadian, Laurier Tiernan —a fourth-generation psychic medium— told the Japan Times, “Rather than fear change... we need to be open to things in 2018 because our best possible reality might be something we can’t imagine."

For the pregnant mamas in the house, that is some spot-on advice. Pregnancy is all about massive change, but try to embrace it — what's waiting on the other side is so, so worth it!

If you're still looking for ways to guarantee that your 2018 pregnancy is full of good fortune, look no further than your nearest dumpling delivery place. Community Table revealed it is said in Chinese culture that as dumplings cook, they recover family wishes of generations past. Finally a reason to eat dim sum every night!