What Did Jillian Harris Name Her Baby? The 'Bachelorette' Star Chose A Simple Moniker

Jillian Harris' days of being a Bachelorette might be long over, but phase two is just getting started. This past weekend, the former Bachelorette star gave birth to a healthy, bouncing baby boy with her longtime partner, Justin Pasutto. While men on television will no longer be accepting roses from her, there is one lucky boy in her life who can depend on her to get all starry-eyed and twitterpated — her newborn son. So what did Jillian Harris decide to name her baby? The moniker is a simple, albeit fitting one.

According to People, Harris and Pasutto welcomed the little tot into their lives on Friday morning. His name? Leo. Short, sweet, and perfectly adorable.

The name Leo is only fitting for a baby born under the Leo zodiac — which ranges from July 23 to August 22. According to astrology-zodiac-signs.com, those born under the Leo zodiac are natural born leaders, passionate, and confident — all pretty great traits for a newborn. But even if the name is purely a coincidence to the zodiac, it is still an adorable and great one.

Leo's parents could not seem more ecstatic about the new arrival — even before the little guy was born, his parents were in love. "Words can not express how lucky and blessed we feel to introduce a new life into ours and that our wish has finally come true," Pasutto wrote in an Instagram post announcing Harris' pregnancy. 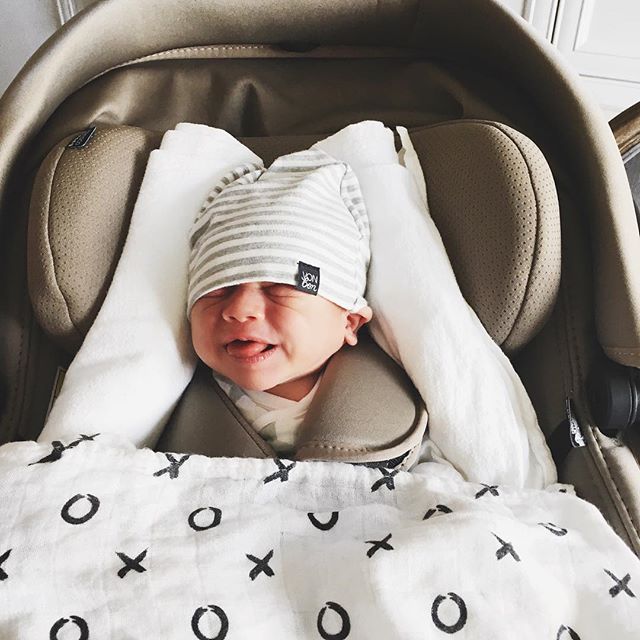 When Harris announced her pregnancy on her blog back in March, she admitted that pregnancy isn't so glamorous and might feel... different for some people, writing:

Being pregnant has been the WEIRDEST thing I have ever experienced. Maybe I will call it beautiful once the baby is here but for now it's just WEIRD. I am literally growing a tiny person. I still can't get over that.

In April, Harris admitted to People that she had been facing a lot of criticism during her pregnancy. From coffee to hair dye, Harris said that people had been quick to tell her the dos and don'ts of pregnancy. "I'm not an idiot. I'm not stupid — I'm a grown adult. I think I now whats right and whats wrong," she lamented.

Despite figuring out how to navigate her first pregnancy in the volatile social media world, it appears that Harris managed to deal with all of it gracefully, right through to the end. Now, Harris no longer needs to worry because the baby is here — happy, healthy, and very much a Leo.