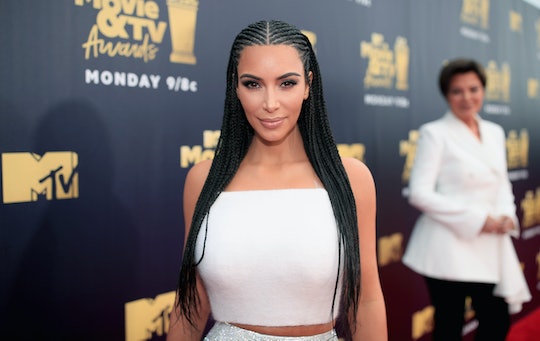 It's Official: Kim Kardashian Has Named Her Newborn Son!

Now that Kim Kardashian and Kanye West are the proud parents of four children, one thing on everyone's mind is the baby's name. The West family are known for choosing unique names. There's daughter North West, 5, first son Saint West, 3, and Chicago West, 1. So, what did Kim Kardashian name her second son? It's the answer you've been waiting for, and thankfully the Kardashian-West family has finally shared their fourth child's full name.

Psalm West is the name of Kardashian and West's fourth child. The revelation (bible pun not intended) came via Kardashian's Instagram, of course, on Friday, May 17.

Given Kardashian's massive social media presence, it is no surprise that she announced her son's arrival on Twitter. The tweet came in the morning hours of Friday, May 10, and was kept short and sweet.

"He's here and he's perfect!" Kardashian wrote, confirming to the world that her second son had been born via surrogate.

As fans immediately longed for more information, Kardashian teased some additional information about her newborn. Though she didn't immediately provide a name or photo of the baby boy, she did share that he looked exactly like one of his three older siblings.

"He's also Chicago's twin lol I'm sure he will change a lot but now he looks just like her," Kardashian wrote less than twenty minutes after revealing her son's arrival. The proud mom capped her tweet with the twinkle star emoji which seems symbolic of her excitement.