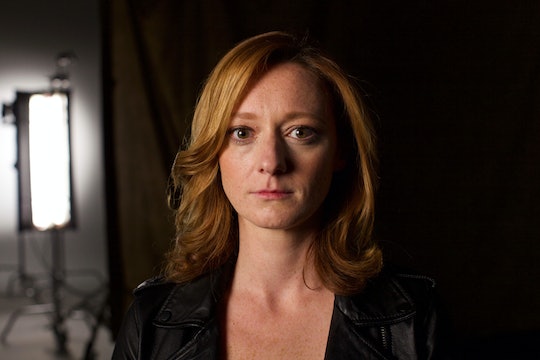 Lauren O'Connor was, at one time, a literary scout for the Weinstein Company. She also detailed a pattern of alleged repeated abuses of power by Harvey Weinstein in an in-company memo that was later leaked to the press. It helped set off the waterfall of accusations that followed. But what did the Harvey Weinstein memo say?

Excerpts from the memo appear in the Hulu documentary Untouchable, which explores several of the disturbing allegations against Weinstein, including an apparently escalating pattern of behavior: he was accused of bullying his employees, striking reporters, and committing numerous sexual assaults and rapes. During her interview for the doc, O'Connor shares what she says pushed her to speak out in the first place. She allegedly had her own altercations with Weinstein, including one occasion where he allegedly told her that maybe the only thing she was "good for" was "making babies." In the documentary, O'Connor alleges that one night a woman appeared at the door of her hotel room, shaking and crying. The unnamed woman told O'Connor that Weinstein had coerced her into allegedly giving him a massage and didn't listen when she tried to refuse.

That accusation seems to have been the final straw that led O'Connor to write and distribute a complaint within the Weinstein Company that later became known as "the memo." In it, she spoke of the immense power differential that allowed Weinstein to allegedly take advantage of those around him, while leaving those victims very little in the way of recourse.

O'Connor wrote the memo in 2015 and filed it with the Weinstein Company's HR department, according to an interview she did with Democracy Now!. She called it "a pretty extensive complaint" that detailed the allegation of the woman who came to her room, as well as "other instances." The full text of the memo does not appear to have been made public, but excerpts were published in a 2017 article in The New York Times that discussed the numerous allegations against Weinstein.

"I am a 28 year old woman trying to make a living and a career," O'Connor wrote, per the NYT. "Harvey Weinstein is a 64 year old, world famous man and this is his company. The balance of power is me: 0, Harvey Weinstein: 10." She went on to claim that there was a "toxic environment for women" at the company. Though she asserted that she was a professional and tried to behave in such a manner, she claimed she was "not treated that way." Instead, O'Connor alleged, "I am sexualized and diminished."

O'Connor explained in the memo that her career was just beginning, which was why she was so "fearful about speaking up." However, staying silent had been "causing [her] great distress," so she had to share what she and other women had experienced. She believed that female Weinstein employees, herself included, were used to allegedly arranging meetings with "vulnerable women who hope he will get them work."

O'Connor ultimately reached a settlement with Weinstein and withdrew the complaint, according to the NYT. When discussing the memo in Untouchable, O'Connor said that she hoped putting her experiences at the company, and the experiences of other women, into writing would prevent them from being ignored. If people saw it and read it, maybe they would do something with the knowledge they'd acquired. But O'Connor said that she could not have imagined or conceived of the impact the memo would go on to have. It helped bring these accusations to light so they couldn't be ignored anymore.

Untouchable is currently available on Hulu.