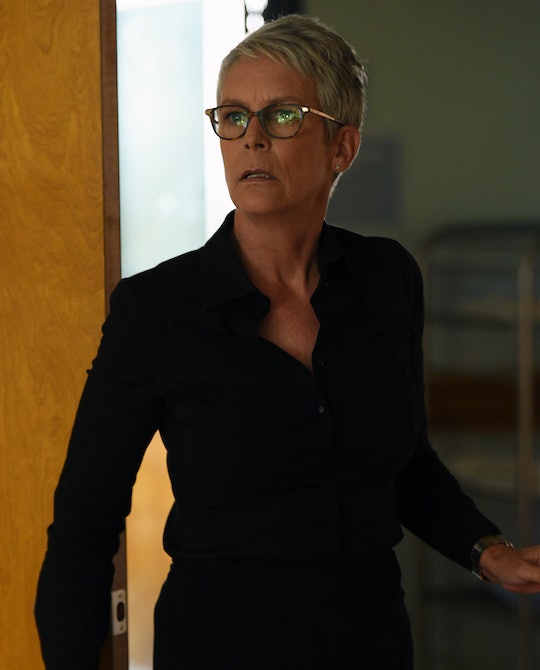 What Disease Does Dean Munsch Have On 'Scream Queens'? It's Incredibly Rare

The setting shift in Season 2 of Scream Queens was all Dean Munsch's doing, but her reasons for purchasing a hospital have been kind of questionable. Though she insisted that she merely needed a new challenge after all of her successes, that couldn't possibly have been the real reason. Something more had to be going on, and that's where Zayday came in. She decided to get to the bottom of things, leading Dean Munsch to reveal that she had actually bought the hospital because she was in need of a cure for her own unknown, incurable disease. But what disease does Dean Munsch have on Scream Queens?

After much research and puzzling over Dean Munsch's symptoms (which included headaches, joint pain, shivers, and an altered gait), Zayday determined that Munsch had something called kuru. But what the hell is kuru? It is indeed an incurable disease characterized by getting the shakes, but it's incredibly rare: it's a disease that affects cannibals. It was spread in Papua New Guinea thanks to cannibalistic funeral traditions wherein the brain of the deceased would be consumed by the living. Kuru slowly destroys the brain of the infected, first making them unable to walk and then slowly unable to do anything else.

The disease, which was discovered in the '60s, primarily affected women and children because women were the ones preparing and consuming the dead. Women were considered the ones most capable of "taming" the spirit that came with eating corpses. The cannibalistic traditions were intended to honor the dead; it was believed that it was better for the living tribe members to eat the dead than maggots or worms.

But how could Dean Munsch possibly have contracted such a strange disease? Luckily she had an answer at the ready. Her recent travels had led her to New Guinea, where she partook in the local cuisine at a party-slash-funeral. She munched on some brains and was left with a degenerative disease that was slowly killing her. Or is it?

Though Munsch listed off some pretty serious symptoms, so far she hasn't looked or acted as though anything was bothering her; she even took down the Green Meanie with nary a tremble. It's possible she's making up the entire thing just to throw Zayday off the track and keep her from digging into the hospital's shady past. There's definitely more going on than meets the eye with Dean Munsch – but that much has always been true.