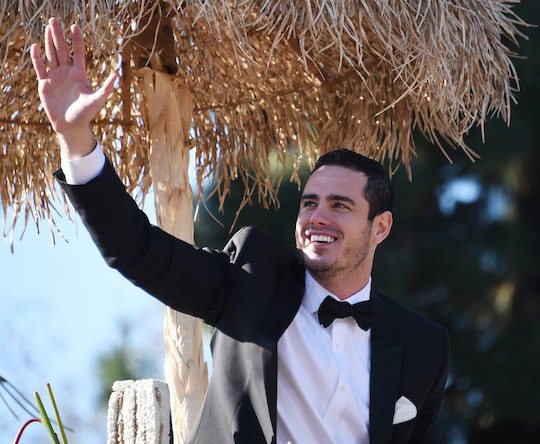 What Do Ben Higgins' Parents Do? The Long-Term Couple Keeps Their Life On The DL

Ben Higgins was able to meet all of his prospective wives' families before making his final decision about who gets a rose. But these meetings have many wondering what do Ben Higgins' parents do? Well, they are exactly the kind of parents a nice guy like Ben would have. Amy and David Higgins have been married for 34 years, which totally explains why Ben is all about the long-term thing. Ben told Good Morning America early on that his mom has been waiting for him to find the perfect mate since he was born. He said that his parents "have encouraged me the whole time. My mom, and I know this for a fact, has prayed for my wife every day since the day I was born." Adorable as always, right?

But Amy and Dave (as I like to call them) seem to prefer lying low when it comes to sharing their lives on the Internet. The only info you can find on the couple comes from Ben's Instagram account. In August 2015, Ben shared a photo of his dad recovering from a triple biopsy during Ben's stint on The Bachelor. Aside from that, there isn't much news on the 27-year-old's parents. But just because his family doesn't have a social media presence doesn't mean they are not a constant presence in Ben's life.

According to Life & Style, Ben turned to his mother in some of the most difficult moments during the taping of this season's The Bachelor. "Ben was so upset in the middle of filming that he was ready to quit a few times because of all the drama with the girls fighting,” an anonymous source told the tabloid.

The fact that Ben turned to his mother in times of difficulty shows that family really matters to Ben and has a huge impact on his life. And, based on what viewers have seen on the show, Ben seems to be looking for the kind of solid relationship that his parents have had. Wet Paint reported that, at the time of his dad's health scare, Ben said he saw a side of his parents he hadn't thought of before:

I meet my parents at the hospital and my mom is a mess. ... I just saw the pain she was going through but also the fear of losing this person. I forget that side of it because I see them so often just joking with each other. I forget the depth at which that love exists.

The way this Bachelor season is working out, it looks like Ben is on the right track when it comes to looking for love. If he's using his own parents as a model of the perfect relationship, well, only time will tell.