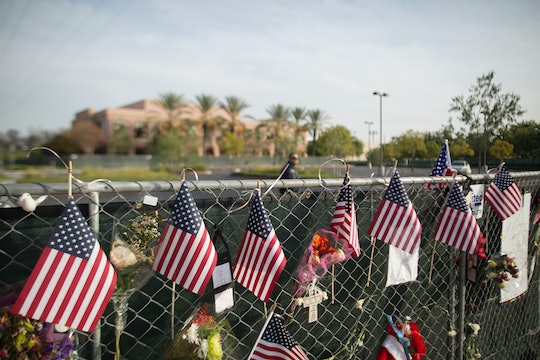 California boasts some of the strictest gun safety laws in the United States, but that didn't stop two terrorists from murdering 14 people and injuring 21 others at an office Christmas party in San Bernardino in December. The tragedy was just one more in a series of mass shootings that have plagued the country, from a first-grade classroom in Newtown, Connecticut, to a movie theater in Aurora, Colorado. The scourge has ignited a nationwide debate about how to protect Americans from the ever-present threat of random and senseless gun violence, with conservatives frequently placing the onus on improving mental health care, while liberals generally advocate for restricted access to firearms. On Thursday, the California State Senate passed a series of 11 bills aimed at stemming the seemingly endless flow of shooting deaths and injuries that has become the new normal for Americans. So, what do California's new gun safety laws mean?

The 11 bills include requiring owners of homemade guns to register them with the state, outlawing the manufacture and sale of semiautomatic rifles with detachable magazines, limiting the lending of firearms to specified family members, and even establishing a Firearm Violence Research Center to study potential policies to reduce gun violence, The Los Angeles Times reported.

Each is now headed to the California State Assembly for a vote, and, if they pass there, they'll need final approval from Gov. Jerry Brown. Although he's a Democrat, Brown has previously vetoed some gun safety measures he consider to be overreaching, The Los Angeles Times reported.

He's not the only one who has been critical of gun safety measures. During the floor debate Thursday, Republican Sen. Jim Nielsen said the suite of bills would "disarm the law-abiding public," echoing the oft-repeated sentiment that potential killers will always find a way around the laws. “The criminals will not be affected,” he said.

But the Law Center to Prevent Gun Violence found that in 2013, states with stricter gun safety laws experienced fewer gun deaths overall, while more people died from being shot in those with weaker policies. And after a gunman killed 35 people in Australia in 1996, its government banned semi-automatic and automatic rifles and shotguns. Since then, the firearm homicide rate has fallen by 59 percent, making a strong case for the law's effectiveness.

Although Republicans largely opposed the bills in California, one in particular won the support of both Los Angeles Police Chief Charlie Beck and Los Angeles County Sheriff Jim McDonnell: a requirement that Californians purchasing ammunition present some form of ID so that the seller can ensure they're not felons or otherwise barred from owning guns. ‌

It's no wonder law enforcement officials can get behind bills that restrict access to guns. According to BBC News, there were 372 mass shootings in the U.S. in 2015, and 64 school shootings that year. In 2013, Politifact rated the claim that more Americans have been killed by gun violence since 1968 than in all U.S. wars, ever, as "true." Just this year, a study in The American Journal of Medicine determined that American are ten times more likely to be killed by guns than their counterparts in other developed countries. Yikes.

For most Americans, a mass shooting prompts sadness, and then reflection and evaluation about how to make sure it doesn't happen again. Increased gun safety measures are an intuitive solution for many, but others are more interested in protecting their second amendment right to bear arms, no matter the toll on human life. California's reaction so far to the San Bernardino massacre has the potential to save lives, and stop other devastating events like that one from ever happening.