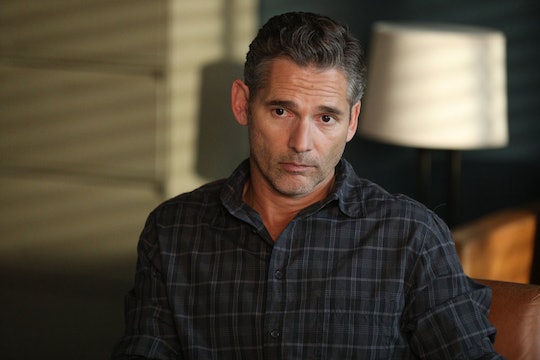 Bravo's Dirty John adapts the podcast of the same name into a scripted series. Though it occasionally alters details or embellishes moments, for the most part it sticks to the real story of John Meehan's relationship with Debra Newell. In the process, it will likely continue to dig a little deeper into his life before Debra, including his first marriage and childhood. Meehan had two sisters, and they both weighed in on the original podcast. But what do John Meehan's sisters think of Dirty John, the show?

Meehan's sisters Donna Meehan Stewart and Karen Douvillier both spoke with reporter Christopher Goffard when he was first investigating the story. But it doesn't seem like either of them has released a public statement since the Bravo show premiered. Neither has social media profiles that are public or easy to find. There isn't any indication that they're involved with the show at all.

However, they did provide necessary backstory about their brother to Goffard. They both attributed Meehan's penchant for deception to their father, who ran the Diamond Wheel Casino in San Jose. The elder William Meehan had a habit of resorting to scams as well, and that clearly had an impact on his son.

"If anybody did anything to John, my dad would tell us, 'You go there with a stick and take care of it,'" Douvillier said, as reported by the L.A. Times. "It's the Brooklyn mentality of you fight, you get even. If you want to get back at somebody, you don't get back at them, you get back at their family." She went on to note that Meehan had an inflated sense of self but, in her opinion, "no common sense."

"He was taught to manipulate at a very early age," she said, blaming that on both her parents, but especially her dad. According to her, manipulating people was all her dad knew how to do. That resulted in Meehan becoming "a hustler" who would do "whatever he had to do to get money."

None of Meehan's family attended his wedding to first wife Tonia Sells, but Stewart helped him out considerably after he was released from his first stint in prison. He had been arrested for felony drug theft for stealing from the hospital where he worked, as well as "menacing" Sells.

The Times reported that Stewart paid Meehan's overdue child support, retrieved his car from impound, gave him a credit card, and let him live in her Newport Beach house. She also got him a job at her real estate firm, though he didn't often show up. "He wasn't going to get better," Stewart said. "He was going to do to me what he was doing to everybody else and just suck them dry." Eventually she got a court judgment for the $90k she had lent him just so he would leave her alone.

Both of Meehan's sisters were contacted after his attack on Newell's daughter Terra resulted in him being hospitalized with numerous stab wounds. Douvillier made the call to pull the plug. Stewart visited Terra, and even gave her flowers. It seems both sisters understood how harmful their brother had been to the people around him. They may comment on Dirty John in the future (Season 1 is still airing) but it's understandable if they choose not to. They've already dealt with all the pain he caused firsthand.