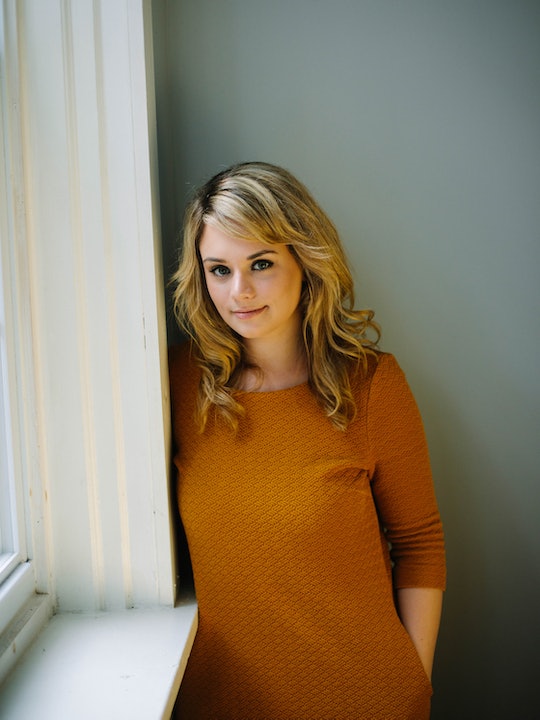 Kate's Friends Are Concerned About Luke On 'Married At First Sight'

Not a lot of the outside world seeps in on Married at First Sight. The couples have such a short time to get to know each other that much of the focus is on their relationship and how they interact with each other — not necessarily what their friends and family think. But Kate has been having such a tough time adjusting to her marriage to Luke in Season 8 that it's hard not to wonder: what do Kate's friends say about MAFS?

Kate's friends have popped up on the show before. She had bridesmaids at her wedding, and guests at her housewarming party with Luke. But in an exclusive clip made available to International Business Times, fans can finally gauge what Kate's friends think of the whole situation. Kate definitely seemed to have their support when it came to joining the show in the first place, because her pals were there to see her walk down the aisle. But now that there's increasing strain on her relationship with Luke, Kate's gals have some concerns.

While sitting down with friends Alyssa and Megan, Kate reveals that Luke told producers she drinks too much. Luke thought Kate was using alcohol as a coping mechanism to deal with him and their marriage. Alyssa and Kate react to this news with shocked laughter and side-eye.

Megan immediately wants to know if Kate confronted Luke about his allegations, which she did; Kate asked him why he gave her three bottles of wine as a housewarming gift if he thought she was already drinking to excess. It sparked a good discussion, in Kate's opinion, because Luke confessed that the reason he was so concerned was because a close friend of his was killed after being hit by a drunk driver. Kate thinks Luke is opening up to her, but Megan and Alyssa are less convinced.

Alyssa doesn't understand why Luke is talking to other people about his wife, especially when he didn't share his worries with Kate. Megan agrees that that was unfair to Kate. She may want to give Luke the benefit of the doubt and believe he had good intentions, but her friends don't think he's treating her fairly.

Megan knows Kate is very understanding and compassionate, but she finds the whole thing odd. Even stranger to Megan and Alyssa is the fact that Luke isn't attracted to Kate and has no problem telling her so, no matter how cruelly his words come off. The faces of these two women are very telling: they're not buying it and they don't like it.

In a confessional, Alyssa says exactly how she feels: "You know, [Luke saying he wasn't attracted to Kate] just rubbed me the wrong way and gave me a bad impression. I feel like Luke is really just not treating Kate the way she deserves to be treated and I'm just worried that she's gonna get hurt. She's my friend and I want what's best for her."

Megan closes the conversation by telling Kate outright that she's worried about her. It seems like Kate's friends have some serious reservations about Luke that aren't exactly unfounded. However this marriage turns out, it's good to know that Kate has a strong support system who have her back no matter what. Viewers can see where this journey takes Kate every Tuesday on Lifetime.