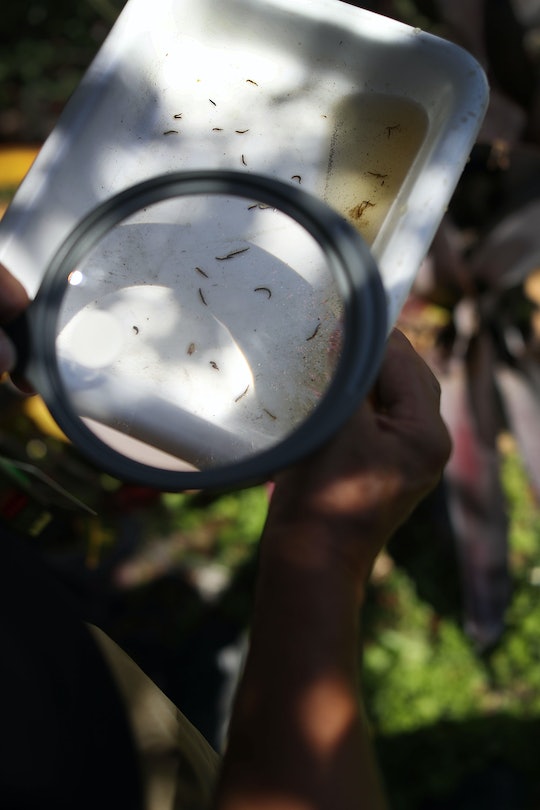 What Does A Zika Rash Look Like? Pregnant Women Should Stay Alert

In March of 2015, the World Health Organization received reports that a new illness, characterized by a skin rash, was popping up in Brazil. (In fact, between February 2015 and April 2015, more than 7,000 cases were reported.) At the time, no one knew what this mysterious illness was — as tests for measles, rubella, parvovirus B19, enterovirus, and chikungunya all returned negative results — but it is now believed this was the start of the Zika outbreak. But if the disease is characterized by a rash, what exactly does a Zika rash look like?

According to News Medical, a Zika rash can be "measles-like" or similar to scarlet fever. This means that while, in most cases, the rash is red and flat; bumps (maculopapular) can occur, and sometimes these bumps clustered so tightly together that they appear as one larger rash.

Those infected with Zika will probably first notice the rash on their face. However, the rash can — and usually does – move to other areas of the body. Oh, and the rash is itchy. (Very itchy.) In fact, Lizzie Morales, of Houston, Texas, told her local ABC affiliate station, KTRK-TV, that shortly after she was infected, a serious rash covered her entire body.

Christmas Eve, I was scratching. My chest, bumps on my lips, eyes, ears.

The only thing Morales could do to relieve the pain and help dull the irritation was go to the beach and sit in the ocean. (Morales said the salt water helped to calm the itchiness.)

However, a rash is but one Zika symptom. According to the Centers for Disease Control and Prevention (CDC), other symptoms of Zika virus include fever, joint pain, muscle pain, conjunctivitis (aka red eyes), headache, and fatigue. These symptoms can appear in any combination, and they can linger for several days or more than a week.

The good news is that most people will not experience any symptoms. (Only one in five Zika infected individuals show signs of the disease.) The bad news is that, while Zika is considered a mild illness, it remains extremely dangerous for expectant mothers — as Dr. Anne Schuchat, principal deputy director of the CDC, explained to ABC earlier this year:

It's very rare for a person with Zika to get seriously ill or die. But increasing lines of evidence suggest that some women who are infected with Zika during their pregnancy may go on to deliver a baby with a serious brain injury.

Currently, there is no treatment or cure for Zika.