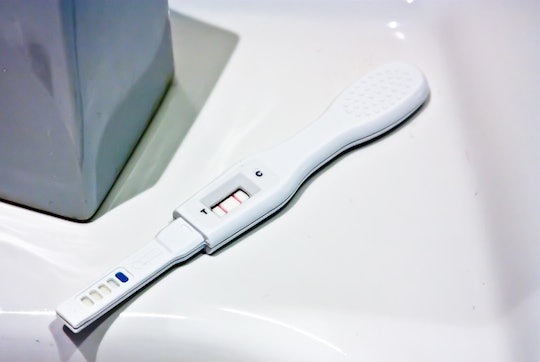 What Does AF Mean On Fertility Boards? And 7 Reasons You May Get It While TTC

Fertility boards can provide a great sense of community for women who are trying to conceive a baby. It’s always comforting to hear from other people who face the same struggles and triumphs. But these boards throw out more acronyms than a stock exchange. What does AF mean on the fertility boards, anyway? Because it’s definitely one of the more confusing abbreviations.

Fertility Friend notes that, on fertility boards, AF means Aunt Flo. In other words, it’s a shorthand way to refer to your period. The fact that the boards use an abbreviated version of a euphemism for menses says a lot about the community’s feelings about this event. It is usually a very unwelcome visitor.

So why would Aunt Flo show up when you’re trying to conceive? It could be due to a number of factors, from implantation bleeding (AKA, you’re actually pregnant!) to irregular periods. Although no one who is TTC wants to be greeted by Aunt Flo, keep in mind that some spotting does not necessarily mean bad news. It may just be early pregnancy bleeding. And even if it is a regular period, you can always regroup and try again next month. In the meantime, here are some reasons you may get a period (or other signs of bleeding) while trying to conceive, and how to boost your odds of getting pregnant.