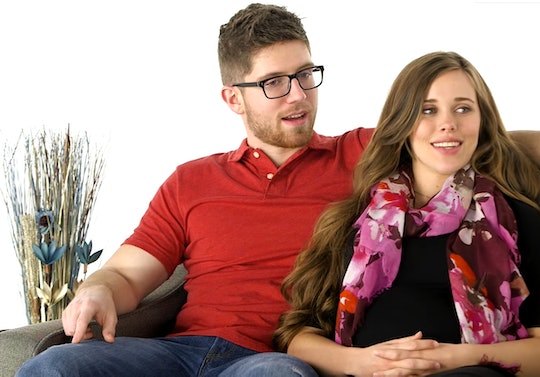 Ben Seewald Is A Busy Man

The kids in the Duggar family are no strangers to being in the spotlight. The family of 19 has had a show on TLC for quite some time — and now the older Duggar daughters star in their own spinoff. In addition to starring on the show, Jessa Duggar — now Seewald — and her husband, Ben Seewald, have found themselves in the direct spotlight again after welcoming their second child this month. Jessa has obviously grown up in the spotlight and is likely used to all the questions about her private life, but less is known about her husband. So what do we know about him? And what does Ben Seewald do for a living?

The older Duggar sisters, some of whom are married, currently star in TLC's Counting On, a reality show focusing on the daughters growing up, finding love, and moving out of their family home. The show is a great way for Duggar fans to keep up with the older girls as they build families of their own. The reality show has a simple concept — it follows each daughter throughout their day to day lives — and that includes Jessa, Ben, son Spurgeon, and the newest member of the family, baby Henry. But the show only captures glimpses of the Seewald's life — and doesn't exactly give fans a complete picture. So what exactly does Ben Seewald do for a living when he's not starring in the reality show?

Ben has certainly been busy over the past few years. In 2014, while engaged to Jessa, Ben worked for Jessa's dad Jim Bob, doing construction and maintenance projects around the family home, according to People. In May 2015, according to The Daily Mail, Seewald graduated from National Park Community College with an Associates degree in political science.

Since then, Ben has been starring on Counting On — which surely takes a lot of time and attention. When Ben isn't starring on Counting On, he is keeping himself busy with his multiple passions, including working out, playing sports, and advocating for pro-life causes; He even dabbles in art and describes himself as an amateur, according to the family's website. In addition to these interests, Ben keeps himself occupied updating the family's blog and his own Facebook page with different religious themed posts and preachings on topics he feels strongly about. On top of all that, Ben also frequently posts interviews with other Christians about religion and similarly heavy topics to the family's YouTube channel.

Ben has even tried his hand at rapping, according to Us Weekly, which was documented in an episode of Counting On (after testing it out, he realized a career in music wasn't for him). And Ben has a lot to look forward to in the future: Soon, Ben will be taking his preaching off screen and into real life at an Evangelism Reformation Conference mid-June in Hurst, Texas, where he is slated to be one of the conference's speakers.

For right now, both Ben and Jessa are keeping busy — whether that means working on the show, pursuing outside passions, or just playing mom and dad to two adorable boys.