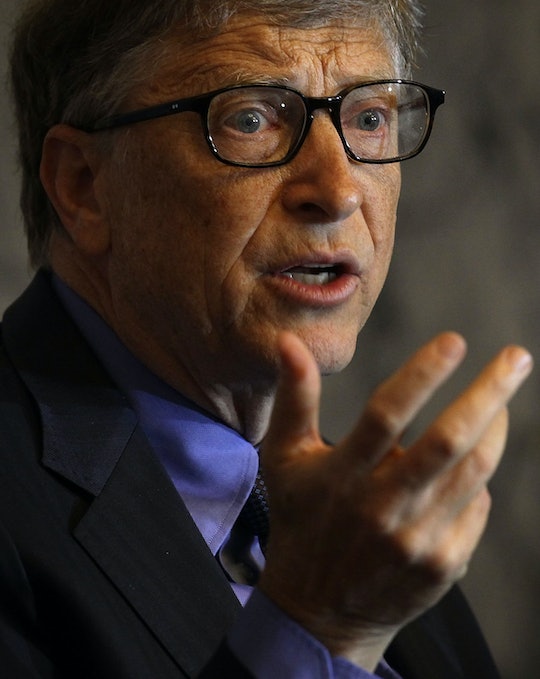 What Does Bill Gates Think About Apple’s FBI Battle? He Holds A Surprising Position

Apple CEO Tim Cook is resisting a federal court order to help investigators gain access to an iPhone used by the perpetrators of the San Bernardino attacks, arguing that to do so would sacrifice the privacy and security of all Apple customers. Of course, not everyone agrees with Apple’s stance: already several cybersecurity experts have offered public opinions on ways Apple could support the FBI investigation without endangering the security of other — or future — Apple devices. But this week, another prominent voice was added to the debate: Microsoft founder Bill Gates. And what Bill Gates thinks about Apple’s FBI battle is somewhat surprising: the entrepreneur and computer programmer recently told the Financial Times that tech companies should cooperate with law enforcement when it comes to terrorism investigations.

A federal judge last week ordered Apple to write software that would allow the FBI to unlock an iPhone used by Syed Farook, one of the people behind the San Bernardino attacks. Farook was killed shortly after the attacks in a gun battle with police. In a message to customers on Feb. 16, Cook called the request a “chilling” example of “overreach” by the government — one that would establish “a dangerous precedent” for government intrusion into private information.

Speaking to FT, Gates compared the ask to subpoenaing bank or phone records under current search laws. “This is a specific case where the government is asking for access to information,” Gates said. “They are not asking for some general thing, they are asking for a particular case.”

But Gate’s position puts him firmly at odds with other Silicon Valley leaders, who argued that user security and privacy should be protected above all. According to Wired, Facebook chief Mark Zuckerberg, Twitter founder Jack Dorsey, and Google head Sundar Pichai have all sided with Apple in the growing battle over privacy and data encryption. Speaking at the Mobile World Congress in Spain this week, Zuckerberg said that while Facebook would be “happy to work with the government” to fight terrorism, it would not risk undermining user security:

We have a pretty big responsibility running this big network and community to help prevent terrorism and different kinds of attacks … if there is any content that’s promoting terrorism or sympathizing with ISIS … we’ll take that off the service … and if we have opportunities to basically work with government and folks to make sure there aren’t terrorist attacks then we’re obviously going to take those opportunities and we feel a pretty strong responsibility to help make sure that society is safe.

But while tech titans have thrown their weight behind Apple, the general public — and even Apple users themselves — haven’t been so supportive in what’s becoming a public relations war between the tech company and the government. According to a new poll released by the Pew Research Center, about half of Americans believe Apple should unlock the iPhone to assist in the government’s investigation, compared to 38 percent who believe Apple should resist. And the results among iPhone owners appear to be split, too: 47 percent of iPhone owners side with the FBI investigators, while only 43 percent side with the tech company.

So far, FBI investigators have said that they will continue pressing the company for access to the iPhone data, according to NBC News. FBI Director James Comey said the case is about “victims and justice” rather than establishing a new legal precedent for breaching Apple systems. “Fourteen people were slaughtered and many more had their lives and bodies ruined," Comey said. "We owe them a thorough and professional investigation under law. That's what this is.”