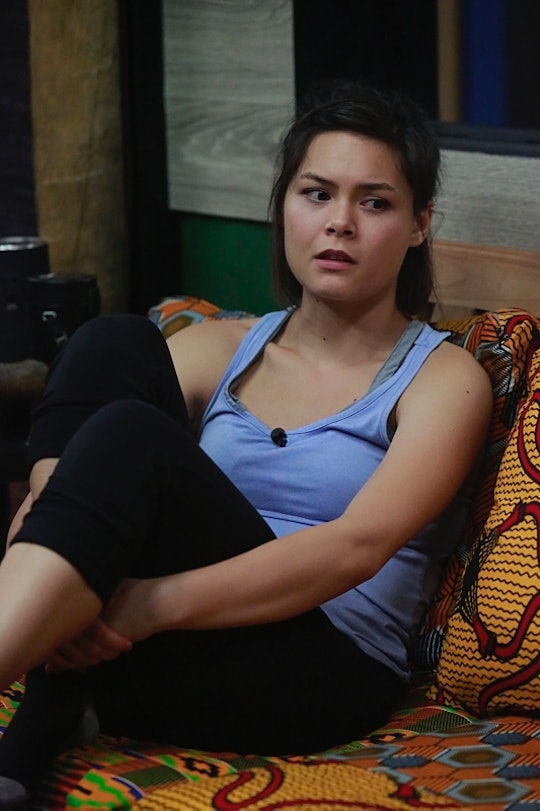 What Does Bridgette's Boyfriend Think Of Frank? There's No Way To Know

Big Brother is all about alliances, friendships, showmances, and, of course, winning that $500,000 at the end. As the houseguests meet new people and develop relationships with those in the house, it can be easy to forget the people outside of the house, and that's exactly what some people think Bridgette has done. Previously, Bridgette has confessed that she has a boyfriend who's a doctor but more recently she's been seen cuddling and getting closer with Frank, who also has a girlfriend back home. It makes us wonder what does Bridgette's boyfriend think of Frank and his friendship (or manipulation, as some would say) of Bridgette?

Although Bridgette has mentioned her boyfriend on the show a few times and has even said he's a doctor, she hasn't said what his name is, which is totally understandable since he didn't sign up to have millions of people watching his every move. However, for those of us that are curious, he's impossible to find. There's no pictures of him on Bridgette's Instagram or Twitter, both of which are currently being run by her family. There's no way to figure out what his name is and therefore there's no way for us to know how he is reacting to Bridgette and Frank's very close friendship.

Even though we don't know how he's reacting, most Big Brother 18 fans are not thrilled about Bridgette and Frank's blooming friendship and the houseguests don't care for it either. Last Thursday, when Tiffany made her speech before eviction she referred to Frank as a "dictator" and Bridgette as his "cabbage patch kid". Ouch!

Everyone in the house knew exactly who Tiffany was talking about and fans quickly went to work making the quote into a meme.

Since then Bridgette and Frank have become targets. This week they're safe but if Category 4 can't hold onto Head of Household again next week Bridgette and Frank will definitely be put on the block. For now though, in a crazy twist of events, Tiffany has actually aligned herself with Frank and Bridgette for the time being. Even so, with Tiff on the block again this week and Paulie being determined to send her home, having Tiff as an ally may not help Bridgette and Frank. It'll be interesting to see what these two do next.