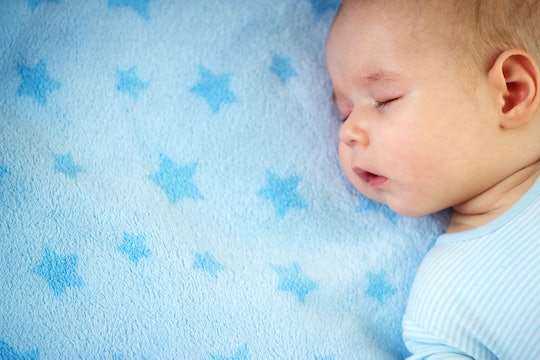 Christmas Eve night and New Year's Eve are two of the most common times to conceive a child. There are a lot of hypotheses floating around attempting to determine why it is that so many women fall pregnant in the depths of winter, but mostly, it's just fun to consider. Is it the holidays? The alcohol? Are you just really attracted to your partner once you realize how well they wrap presents? (So hot.) It means there are a lot of babies conceived in Capricorn. But what does conceiving your baby under Capricorn mean?

According to traditional Western Astrology, babies conceived under Capricorn will likely be either born under Virgo or Libra. If you believe what astrology says, these are actually two very different signs. The Virgo is loyal, logical, and hardworking. It's the maiden sign, and known to be a problem solver — fertile and rich with ideas. Libras? They're social, cooperative, and diplomatic, according to AstroStyle. However, if you're looking at Eastern methods of astrology like Sri Lankan astrology, the answer is a bit different. Libras, or Tula in Sinhalese Astrology, are religious but flexible in nature, given to kindness. Virgos, or Kanya, love to learn, and they're known to be sweet.

It's even more complex when you look at Chinese Astrology. If, say, your baby is born on Sept. 25, let's say around midday, according to Chinese astrology your baby will be a fireball. That means that his or her element is metal, but their lucky element is fire, which will give them balance. Because they're born during the year of the dog, they'll be more grounded and cheerful than other babies conceived at the same time in different years. Earth dogs — as babies who are born this year will be — are notoriously happy in one place. They work hard, are great at making money, but have difficulty communicating with those to whom they are close.

There is one thing Sinhalese, Western, and Hellenistic astrologers all agree on for what conceiving your baby under Capricorn means for this year, and that's that it's more likely you'll conceive a girl. I have no idea how they've determined that, but hey, it's fun to consider. However, in order to determine what sex your child will be via Chinese astrology, you need a lot more input than just the month of conception. Seriously, their charts require everything from longitude of conception location to mother and father's dates of birth. It's intense.

Also, there's nothing like your 76-year-old grandmother-in-law asking where you knocked boots to make her grandbaby so she can get a chart made. It's all kinds of awkward. (Thankfully, she didn't ask about positions. That came before we had kids when she was telling me how to have a boy. Oh boy.)

Like me, you might not give much credence to the position of the stars in light of your sexy time, IVF, or when you give birth, but it's a heck of a good time. However, there is somewhat real science that revolves around your child's birth month, and how that relates to their health later in life. According to a study published in The Washington post, children born in September and October — which is your likely due date if you're conceiving under Capricorn — are more likely to have reproductive issues, but less likely to have cardiovascular issues. Remember, though, this is all correlational data, and not causational at all. This has led some scientists to chalk it up to peer-reviewed star charts. Which just so happen to be my favorite kind.

Either way, have fun with your charts — it's a good distraction from morning sickness.