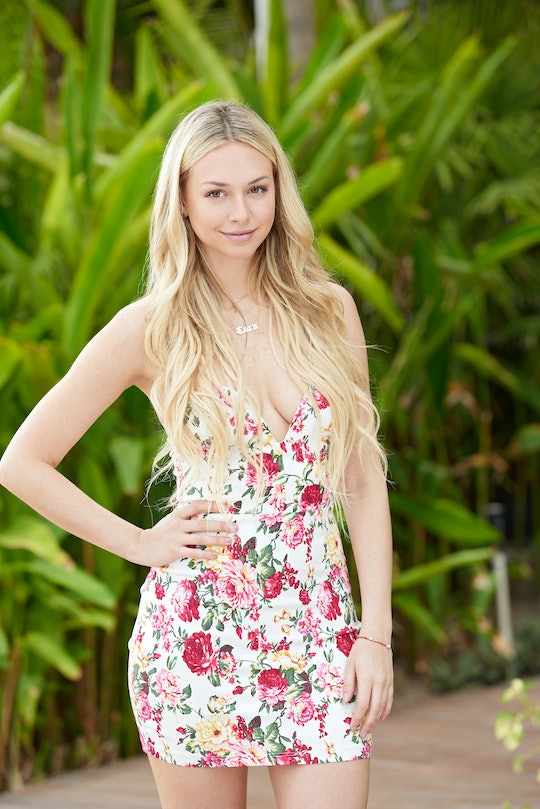 Corinne Has Made Her Thoughts About 'Bachelor In Paradise' Clear

The latest season of Bachelor in Paradise caused controversy long before its premiere date. Two contestants, Corinne and DeMario — from the latest seasons of The Bachelor and The Bachelorette, respectively — were involved in a scandal about an alleged assault. An investigation concluded that an assault did not take place, but the incident sent ripples through Bachelor Nation and the media as a whole. Neither Corinne nor DeMario returned for the rest of filming, though footage of them will be aired. So what does Corinne think about Bachelor in Paradise? She declined to be a part of the rest of the season.

Corinne first entered Bachelor Nation's lexicon during Nick's season of The Bachelor. She was known most for her love of cheese pasta and her nanny, Raquel, but she was also angled as the season's "villain." She ended up making it to hometown dates but was sent home before fantasy suites. Given how Corinne wasn't afraid to be her eccentric self — and was popular among viewers for it, it was a natural progression that she would end up on Bachelor in Paradise. On one of the first days of filming, however, the incident occurred between Corinne and DeMario in a pool.

A week later, production for the season halted for an investigation. Warner Bros. determined that no wrongdoing occurred, so filming resumed without Corinne or DeMario. In a statement, Corinne said, "While I am extremely grateful for the opportunity to have been a participant on The Bachelor, and while I was invited to return to Bachelor in Paradise when production resumed, I respectfully made the decision not to return."

So, after the scandal, how does Corinne feel about the show? Even though she did not return for the season, she announced that she will come to the reunion show. "I am very happy to be appearing on the Bachelor In Paradise Special," she said. As far as her Instagram account is concerned, Corinne has returned to the glamorous life she had before The Bachelor — just with a lot more followers. There's no indication that she's upset with producers or with the fact that the footage will air. The public statements she's released are relatively positive. While this may change when Bachelor in Paradise actually airs, it seems that Corinne is content with only coming back for the reunion special.