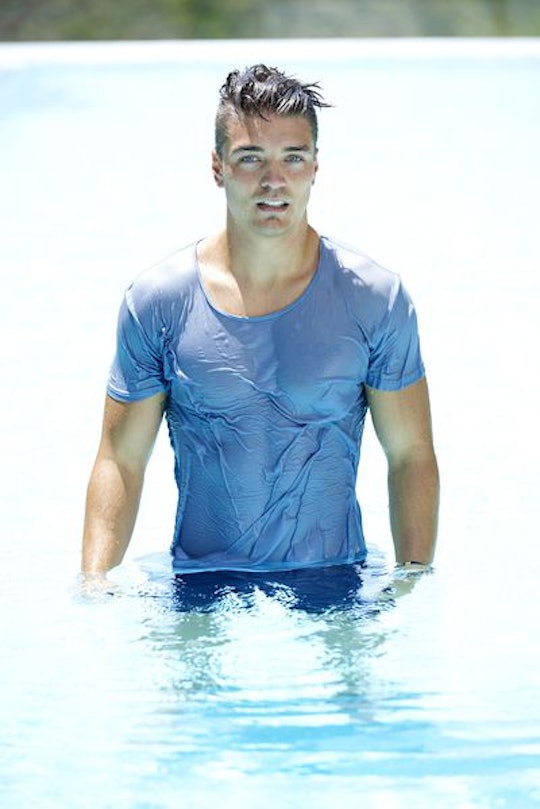 Dean May Have Some Thoughts About His 'Bachelor In Paradise' Portrayal

Not unlike every relationship I've ever been in, at first I fell in love with Dean. I honestly thought that Bachelor Nation had finally found the perfect man. He was sweet. He was funny. He was respectful and kind. And he had a healthy obsession with rescue puppies. He even took time to retweet when people tweeted him pictures of their dogs. How could anyone not fall in love with Dean? And then Paradise happened. At first, he and Kristina were getting along like a house on fire. They definitely seemed like one of the solid couples on the resort. I was solidly on Dean's team here. And then... Dean started to treat Kristina (and Danielle L.) really badly. I am no longer on Dean's team.

Basically, Dean started trying to juggle both women, which would be fine if this were The Bachelor. But Paradise works a little differently and it's viewed as uncool to try and have your cake and eat it too. Dean has even admitted that Kristina is the safe choice, but Danielle L. is gorgeous and definitely has caught his eye. So he's trying to string both of them along for as long as he can. Come on, Dean. Be better than this. I was rooting for you!

Occasionally, Dean will react to something on the show on his social media accounts, like when he addressed his father's Sikh faith as it was portrayed on The Bachelorette, and all of America swooned at his respectful and honest post. However, the most he's said lately has been a picture of himself with a dog (of course) and the caption, "Instead of watching tv tonight, I'll just be right here playing with my new friend Scooby," on a night that Bachelor in Paradise aired.

I don't know how you choose to interpret this, but I'm going to go ahead and assume that Dean is going to avoid addressing his behavior for as long as he can. Or maybe it's a bad editing job and he's upset about how he's being portrayed. I want to give him the benefit of the doubt, but based on everything I've seen so far on BIP, I'm worried about his behavior and truly miss the Dean I once knew.