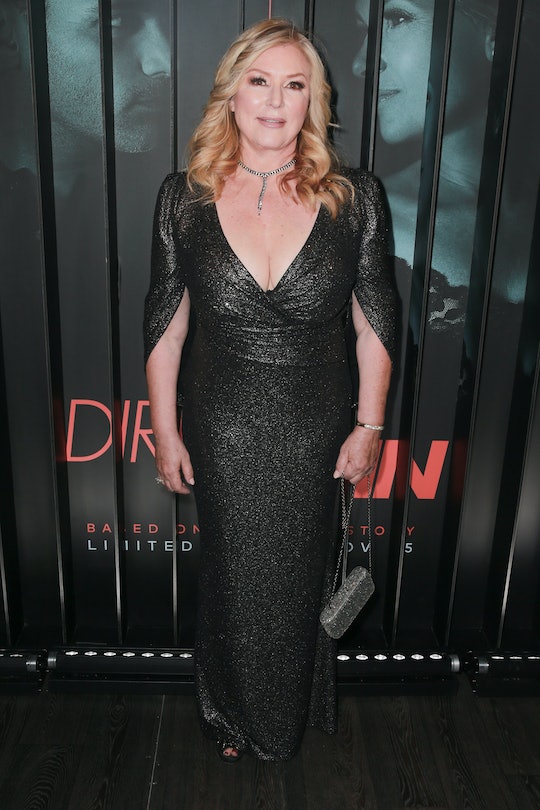 Before Dirty John was a star-studded Bravo series, it was a podcast. But before that, it was Debra Newell's life story. She was a real person who became embroiled with the real John Meehan until it ended with the bloodiest conclusion of all: Meehan attacking Newell's daughter Terra, who killed him in self-defense. Now that that has played out on the show, it's natural to wonder: what does Debra Newell think of the Dirty John show?

Some of the toughest moments of Newell's life were depicted on the Bravo series, but she ultimately approved of how they were handled. "Overall, seeing my family's story out there has been a good [experience] because the good people won!" she told Forbes, before explaining that she believed they went through all this for a reason: to help others. That was why it she wanted her story told in the first place. She thought if other women could see it as something of a cautionary tale, it might help them avoid the same fate.

But while it was important for Newell to share what happened, everyone in her family wasn't on the same page. Though she didn't name names specifically, Newell told Us Weekly that some of her relatives were hesitant to get involved with the series. However, since it was going to happen with or without their involvement, Newell preferred to be included. "Wouldn't it be better if we were able to have an opinion or share our story?" Newell said. "At that point, it was pretty easy."

That allowed Newell to meet with the cast and visit the set to see how it compared to the real home she shared with Meehan. She told Bravo Home & Design that she loved the look of the condo and "thought it was close in style [to my actual house at the time]." However, the color scheme was a little different: Newell favored glam blacks and golds, while the show went for a more neutral, beachy look.

Newell also shared multiple lunches and chats with Connie Britton, who starred as the fictionalized Debra Newell on the series. While talking to Us Weekly, Newell described being played by Britton as a "dream come true" and praised the accuracy of the performance. She felt Britton nailed her mannerisms and the way she spoke, but also tried to get into her mindset by asking her thought-provoking questions about love.

Newell thought that Eric Bana did a good job of portraying Meehan as well, though she was conflicted in her reaction to him. She said she didn't know whether to slap him or kiss him. "I have a little bit of mixed feelings here," she said. "He played the part very well."

Newell was able to get her story out there while remaining involved behind the scenes, which may have helped the show stay truthful — even if a detail here and there (like the sets) was altered for the adaptation. She told Us Weekly that the process of filming the show was a "whirlwind," but it seems to have been ultimately positive.