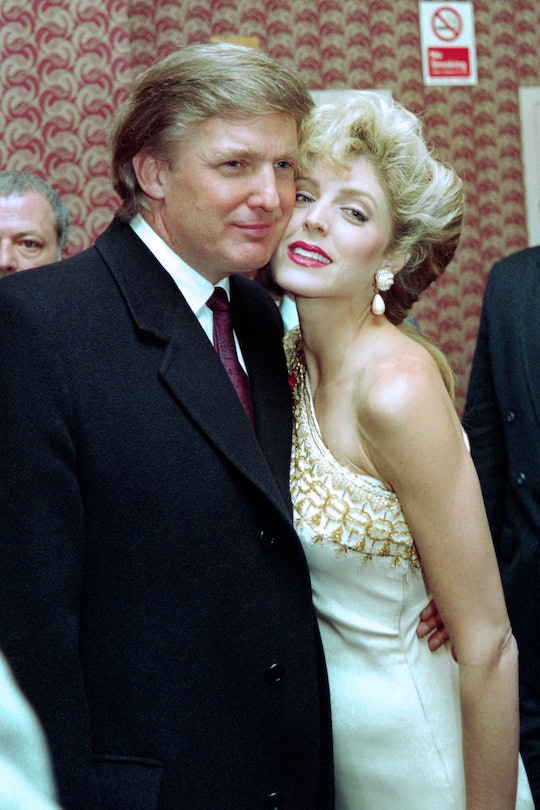 What Does Donald Trump Think About Marla Maples On 'Dancing With The Stars'? The Presidential Candidate Is Supportive Of His Ex

Actress Marla Maples is probably known more for her marriage to Donald Trump than she is for her various parts on screens big and small. They were married for six years in the mid-90s and have one daughter, Tiffany Trump. Though Maples more than embraces that public identity (and isn't afraid to play up the humor of it, either), she's also going out on her own this season on Dancing with the Stars, without any bolstering from her famous ex-husband. But what exactly does that Donald Trump think of Marla Maples' Dancing with the Stars gig? The Donald is a man with an opinion about everything (sometimes two or three opinions on one something), and you can bet he has something to say about Maples' newest opportunity.

Maples has worked as an actress and host, and even done a bit of dancing, but she's devoted a lot of time to raising her daughter and also caring for her ill mother, who has since passed. With her daughter now busy at college, Maples reportedly seized the opportunity to do something for herself. In a recent interview with The Hollywood Reporter, she said that Dancing with the Stars has come calling in the past, but this is the first time Maples took the offer. Maples also took a rather diplomatic approach while discussing her ex; when it came time to answer questions on Trumps presidential campaign, Maples only expressed concern about how it might affect her daughter.

Trump gave a statement to People magazine in which he clarified that there was nothing but positive feelings between the two: "I think it is wonderful. I am very happy for her and think she will do very well." Trump is no stranger to reality television, after all, and even considered an appearance on Dancing with the Stars back when he was still hosting The Apprentice. "I’m not a bad dancer,” he told Extra in 2010. “Many people want me to do Dancing with the Stars… I can dance a lot better than most of them, I’ll tell you that. I watch some of them and they’re terrible."