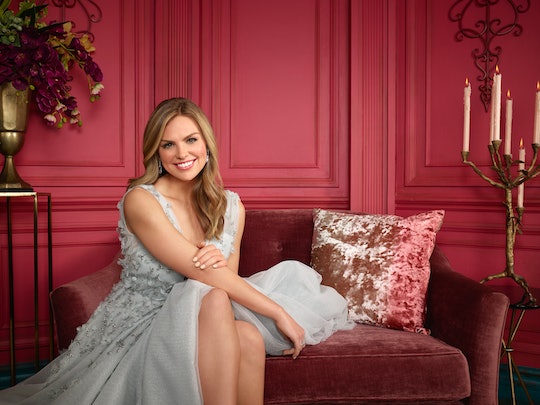 On May 15, the Alabama state legislature passed the Human Life Protection Act, a new law that imposes a near-total ban on abortions. Hannah Brown, star of the current season of The Bachelorette and former Miss Alabama USA, is one of the biggest celebrities from state. She’s been open about her sexuality, her faith, and her love for Alabama. So many are wondering, what does Hannah B. think about the Alabama abortion ban?

It doesn’t look like Hannah has taken a public stance for or against the ban, and she hasn’t posted anything on her social media pages about it either. Considering what a polarizing and emotional issue this is, I can understand why she hasn’t voiced her opinion.

Hannah was actually asked point blank about her position in a recent interview with Variety’s Elizabeth Wagmeister. On Twitter, Wagmeister revealed that she asked Hannah about the ban, but didn’t get an answer. “In my interview I asked #TheBachelorette @AlabamaHannah about Alabama’s abortion ban, but ABC said the question wasn’t show-specific, so she declined to comment,” she wrote in her tweet. “I was curious to hear her thoughts, since she was Miss Alabama USA 2018 & is a young woman on a show about sex/dating.”

On a recent episode of The Bachelorette, Hannah told one of the contestants that she had total control over her faith and sexuality. “I believe that sex was made for a man and a woman in marriage, but I am having physical relationships and honestly, I have had sex and Jesus still loves me," she said on the show. "How dare I be judged by a man?"

In her interview with Variety, Hannah talked about the “Jesus still loves me” comment and why she made it. “I don’t think it was a choice in that time,” she said. “It was necessary for me to feel like I needed to say to feel empowered and not feel judged for any decisions that I’ve made in my life. My faith is super important to me and it is who I am, but I don’t ever want my faith to be used to judge me for other decisions that I’ve made or to have that questioned because that doesn’t go over well with me.”

Hannah has been open about her faith, and when talking to Entertainment Tonight, she explained that she doesn't view it as a tool for vilification or judgement. "A lot of times, people get Christianity and religion messed up, because your faith should be something personal in a relationship and it's not to judge others,” she said. “It should be a place where people feel safe and welcomed... and not to feel judged or shamed. I can do whatever, I sinned daily, and Jesus still loves me. It's all washed, and if the Lord doesn't judge me and it's all forgiven, then no other man, woman, animal -- anything, I don't know -- can judge me. I won't stand for it, I'm going to speak my mind about it."

If you watched her on Colton’s season of the The Bachelor, you know that Hannah is a pretty straight shooter, and she usually says what she feels. If she hasn’t made a public comment about abortion, there’s probably a good reason behind it.