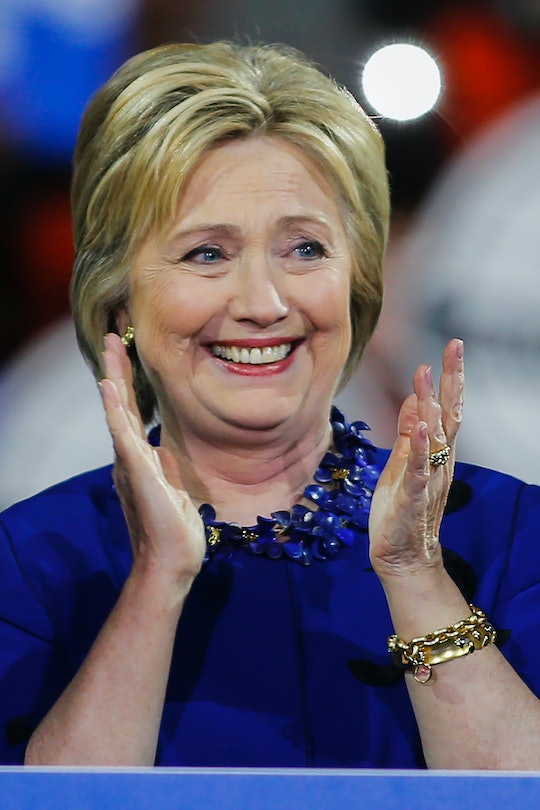 What Does Hillary Clinton's Super Tuesday Victory Mean For Democrats? The Party's Establishment Is Still In Charge

Last week was huge for Sec. Hillary Clinton. She dominated in both last weekend's South Carolina primary and the vast majority of Super Tuesday contests, giving her a substantial delegate lead over her rival, Vermont Sen. Bernie Sanders. Super Tuesday was particularly significant because it was the first time candidates Clinton and Sanders competed across large swaths of the country, instead of small, regional contests and gave a pretty solid indication that Clinton is indeed on a downhill roll toward the nomination. So what does Hillary Clinton's Super Tuesday victory mean for Democrats? A few important things.

First, it means that the primary contest between Clinton and Sanders isn't going to be as ugly as the 2008 primaries between Clinton and President Barack Obama, which got contentious and ugly at times. Neither candidate came out of that contest looking very good, with accusations of sexism, racism, cronyism, and fairy tale policies being flung back and forth between campaigns. So, while Sanders, and his substantial, committed base of supporters have vowed to stick it out through the convention, Sanders' delegate deficit will allow the Clinton campaign to start plotting running against the current presumptive GOP nominee Donald Trump, rather than having to put every ounce of time, energy, and other resources to defeating Sanders. Clinton, after the Super Tuesday elections has 1,052 committed delegates and Sanders only has 427. Candidates need to reach 2,383 delegates to wrap up the nomination.

That's not to say Sanders doesn't have a real opportunity to close the gap. The Super Tuesday Southern primary states were always considered a Clinton stronghold — the campaign called those states their candidate's "firewall." Moving forward, the map looks far more favorable for Sanders. And since the Democratic primary delegates are awarded based on the proportion of votes — rather than a "winner-take-all" approach — Sanders can keep racking up delegates through the summer. There's also plenty of time for Clinton to implode and Sanders to capitalize, so although Clinton is looking like the presumptive nominee, this deal's far from closed. She's still got that whole email ugliness hanging over her head, which could throw a sizable monkey wrench into her candidacy at any moment.

But perhaps more important than the number of delegates he can pick up, Sanders' contribution to the Democratic primary race is most evident in every speech Clinton gives on the stump. Thanks to Sanders, Clinton is talking about the rigged economy, college debt, and economic justice being ripped off from the middle class by millionaires and billionaires. These aren't things Clinton was necessarily hammering before millions of Democrats — particularly younger voters — were "feeling the Bern."

Dreamy Trevor Noah gave a brilliant monologue about Clinton's shift to the left courtesy of Sanders on Wednesday night's The Daily Show that's worth watching and explains just how much influence Sanders has had on the Clinton campaign strategy.

Finally, just as the GOP "establishment," meaning the national party leaders, is fighting to maintain a grip on the levers of power while the Trump mob threatens to burn the party to the ground, Clinton's lead proves the national Democrats still have a substantial hold. Clinton is undeniably the candidate of the Democratic establishment, thanks in no small part to the fact Sanders is an Independent and not actually a Democrat at all. And the national party's loyalty to Clinton as their candidate has been evident in decisions ranging from the sparse debate schedule to the overwhelming number of super delegates (read: establishment Dems) committed to Clinton.

Clinton's Super Tuesday victory was an important first step toward the nomination, but the race is far from over, and Sanders is staying in for the long haul. But the good news for Dems is that, while the GOP continues to resemble a dumpster fire, there's still plenty of work for Dems to roll up their sleeves and get done before it's time for the general election.