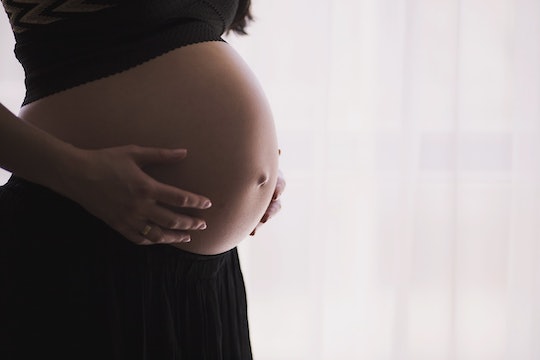 Pregnancy Could Be A Pre-Existing Condition Again

President-elect Donald Trump and the Republican majorities in Congress have made it clear their first piece of legislative business as they assume power over the government will be the repeal of Affordable Care Act, the health insurance reform that's come to be widely knows as Obamacare. One of the key provisions of the ACA was the protection of coverage for pre-existing conditions, which prior to the ACA included pregnancy. What does it mean for pregnancy to be a pre-existing condition? It means women can be denied healthcare coverage for their delivery or subjected to rate increases simply because they might become pregnant.

In other words: ladies, this is going to cost you.

And it's happening, for real. Trump isn't going to be sworn into office until Jan. 20, but on Thursday, in the early hours of the morning, the Senate voted down a protection for pre-existing conditions proposed by the Senate Democrats, according to New York Magazine.

Prior to the passage of the ACA, women were often charged substantially more for coverage than men, despite the fact that many plans didn't cover maternity care at all, according to the National Women's Law Center. The NWLC found that, prior to Obamacare, women paid far higher premiums or the same coverage as men of the same age. As an example, the NWLC studied one plan in South Dakota that, prior to the ACA, charged a premium that was $1,200 more expensive each year for a 40-year-old woman than a 40-year-old man with the same coverage. The ACA, the NWLC pointed out, eliminated the discrepancies in what insurance companies could charge men and women.

But now Congress wants to strip those protections away from Americans, possibly putting women who are or become pregnant in a position to pay more for coverage — or worse, in a position to be denied coverage and stuck with astronomical medical bills as the result of delivering a baby.

While GOP lawmakers haven't offered any details on what a possible Obamacare replacement could look like, Kevin D. Williamson from the National Review, a conservative publication offers this grim preview:

There are a few ideas for finessing that problem away, such as creating a series of ‘high-risk pools’ or a single federal high-risk pool for sick people seeking health insurance. What this means is that the sick people without insurance who want it would go into a separate insurance pool full of other people likely to require lots of expensive medical care.

Yes, that means pregnancy could be placed in a "high risk" (read: high cost) "pool" along with people who suffer from chronic illnesses like diabetes and cancer. According to the Guttmacher Institute, there are more than 6 million pregnancies each year in the United States. And rather than women who become pregnant being treated fairly, repealing the pre-existing condition protections would once again make every woman subject to monetary penalties by insurance companies for those pregnancies.