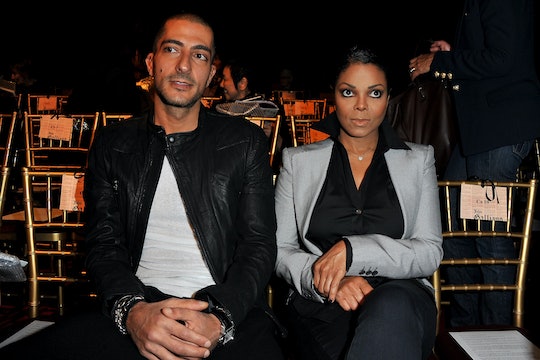 What Does Janet Jackson's Husband Do? Wissam Al Mana Runs A Massive Enterprise

Janet Jackson is back in the news for the best reason — and I could not be more excited for her. A source close to the singer confirmed this week that Jackson was expecting a child, her first with husband Wissam Al Mana, who largely chooses to stay out of the spotlight. But what does Janet Jackson's husband do?

The couple married in 2012 but did not confirm their marriage until 2013, choosing to keep their relationship private. But while the two enjoy their time alone, at least a few details are known the Jackson's other half. And that's not all: It turns out Al Mana is not just a successful businessman — he is an incredibly successful businessman, helming a very public and very prosperous company.

Al Mana is one of the directors of the aptly named family business, Al Mana — a large investment group in the Middle East that he runs with his two brothers. Al Mana has investments in the United Arab Emirates, the United Kingdom, Kuwait, Bahrain, Saudi Arabia, Oman and Ireland. According to The Richest, Wissam has an estimated net worth of $1 billion dollars.

People reports that Al Mana is not just an investment company either. They're essentially a business conglomerate with a large portfolio of real estate, restaurants, and fashion brands. They own their own automotive trading business, a media agency, and has a partnership with Apple Europe. Essentially, they're the non-U.S. version of the Trump Organization.

Back in 2010, when Al Mana was still dating Jackson, he gave an interview to VMan Magazine in which he opened up about his work life, giving the public a glimpse into his life that we normally wouldn't see.

"I head the retail division [of Al Mana]," he said. "I oversee new developments and I'm constantly working on interesting projects, one of them in design. I'm also pursuing an art project, and I'm involved in several charities."

In an interview with Entrepreneur Magazine, Al Mana talked more about his job, telling the magazine that he wants to "sell everything" — adding more to the already impressive portfolio of his company.

Al Mana is incredibly dedicated to the practice of business and being a businessman, but he's also passionate about helping other businesses. "I will do anything that I feel will be beneficial to our group and at the same time help others," he said in that same interview.

Wissam Al Mana's dedication to his company and to making his own money shows he's an incredibly hard worker who cares about what he does — and frankly, I can't think of anyone less deserving of the epic and equally hardworking Janet Jackson. Can you?