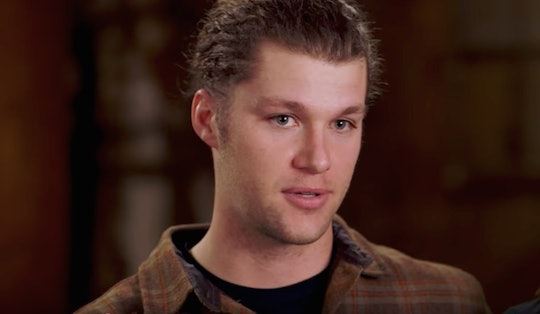 Here's What Jeremy Roloff Does For A Living

In just a few short weeks, Jeremy Roloff and his wife, Audrey Roloff, will welcome their first child into the world. Ahead of the exciting delivery, Little People, Big World fans have been asking a ton of questions about Roloff and the details of his life, including: "What does Jeremy Roloff do?" According to InTouch Weekly, Roloff has a lot of projects in the works.

Now that Roloff is about to be a dad, he's working harder than ever. Although Roloff earns most of his income from his appearances on Little People, Big World, he's also an accomplished photographer and wedding videographer. As fans might already know, Roloff attended the Brooks Institute of Photography for college, so it makes sense that he's now enjoying a successful career in the arts. According to LinkedIn, Roloff has worked at Like a Letter Wedding Videography since 2012, and he has pursued his own photography at Roloff Photo for about five years.

Roloff said about his career in photography, according to BP4U blog:

Someone told me once, 'A goal without a plan is just a wish.' If you want to make a living on photography, you need to make action steps to get there, otherwise you won’t. Be tenacious, take initiative and be proactive. That is hard to do, which is why many don’t make it, but we all have the capability to.

Outside of photography, Roloff and Audrey run a marriage blog, "Beating 50 Percent." The blog hosts "videos, photos, and writings that inspire covenant marriages," according to Beating 50 Percent. Although the legal definition of a covenant marriage varies state by state, most covenant bound spouses are "required to attend pre-marital counseling and would have to wait two years before a divorce can be filed," according to Got Questions. And Roloff's blog provides a lot of marriage counseling resources to readers that share his values.

On Jan. 30, Roloff and Audrey released a "marriage journal/devotional" titled Navigator's Council, according to Instagram. The work, which retails for $24.98, offers questions and devotionals to help couples navigate the trials of marriage.

Roloff said of the journal's release, according to Instagram:

To my designer friends. You are under appreciated! I just tackled my first project and oh man, design is hard... It's a marriage journal/devotional designed to dramatically improve communication and understanding one another in marriage. It's been fireproof for us so far and we believe it will be for you too.

For fans wondering if Roloff will continue working on creative projects once his daughter is born, the answer is likely yes. It's clear Roloff is an ambitious guy, and hopefully he'll instill this entrepreneurial spirt in his child.