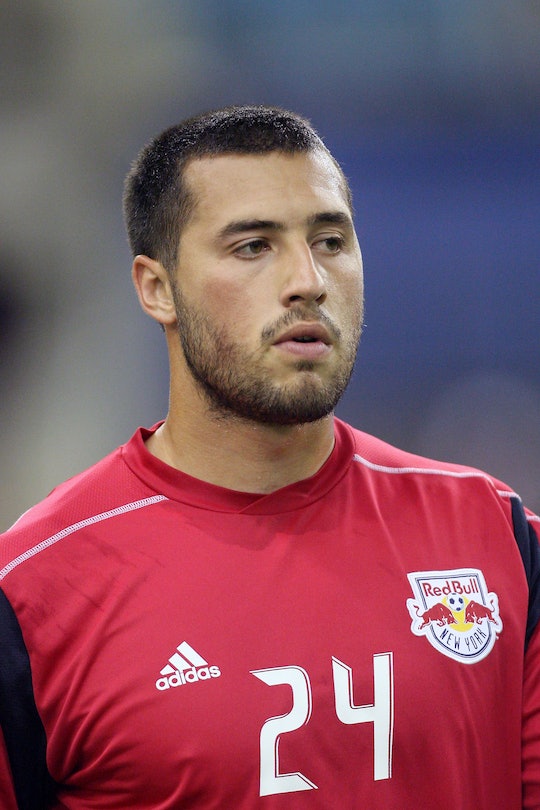 Because she's done things a bit differently than much of his family, Jinger Duggar garners a fair amount of attention. And her husband has broken the mold a bit too. Along with sporting a tattoo, his work history is something to talk about as well. So what does Jeremy Vuolo do exactly? He has had two major careers in his life so far and may soon be looking for another.

Vuolo dedicated years of his life to playing soccer, all throughout high school and college, according to People. Following his time at Hartwick College in Oneonta, New York, Vuolo transferred to Syracuse University for his senior year, playing goalkeeper and eventually being named MVP, according to his player roster on Syracuse’s sports website. After that, Heavy reports that he played for the Finnish club team AC Oulu of Veikkausliiga, Finland’s top soccer league before joining Major League Soccer's New York Red Bulls in 2012.

During his soccer career, Vuolo took a break from the game to study ministry. After pursuing that dream, he signed with the San Antonio Scorpions of the North American Soccer League in 2013, according to People. He then re-signed with the team in 2014 after completing a missions trip to the Philippines where he helped with aide work.

Vuolo has shared that his life before becoming a mister is part of what motivated him to do so. Starcasm reports that he was home-schooled for much of his youth, but later went to high school for a couple of years where he played soccer. Vuolo stated that the time in public school exposed him to partying and "sin" — a lifestyle that followed him to college and adulthood until he realized that he wanted to make a change, according to the site. It was then that he became an ordained pastor and left soccer, and his old life, behind.

Despite his new lease on life, not everyone is pleased with his earnings from his chosen career. In a September episode of Counting On, according to Us Weekly, Jim Bob Duggar expressed his concerns about Vuolo's income and how he would provide for Jinger after the wedding, telling his son-in-law:

Jeremy, being on the kind of modest pastor salary, when you get married, it's going to be a lot tighter, going from being a single guy to being a married guy, whenever that happens — I'm not saying anytime soon. But Jinger loves to go thrift shopping, and it's expensive. I was just curious about, financially and stuff.

I mean, you might have to have a part-time job, along with the pastor [job], to make a go of it.

In any other family, one might think it's only rational for Jinger to make up the difference in earnings — after all, 25 percent of all married couples in the United States are dual-income families without children, according to the Population Reference Bureau. But given the Duggar's preference for traditional family values, it may not be acceptable for her to take on a breadwinning role. TLC lists Jinger as a wedding photographer by trade, but there is no information given on her income from that role or how much of her time is actually spent snapping photos.

From professional soccer player, to minister, to reality TV star — suffice it to say that Jeremy Vuolo has a pretty diverse résumé, and if Jim Bob has anything to say about it, he will be adding another gig to the list.