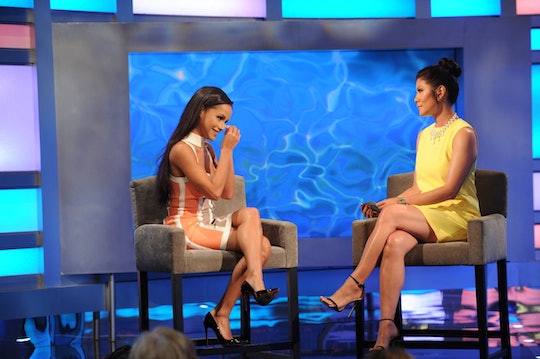 Jessica From 'Big Brother 19' Is Speaking Out About Cody

As the other houseguests promised, after Jessica used the Halting Hex to prevent Cody, from being evicted, she was sent home the following week. Now that she's out of the house and not in jury, Jessica is back on social media and able to speak her mind. So what does Jessica think of Cody after Big Brother 19? Her feelings for him are still going strong.

Now that Jessica is back on Twitter and Instagram, she's made it clear that her relationship with Cody wasn't just for the show, but she truly cares about him and wants to make it work longterm. She's made the cover photo on her Twitter a picture of herself and Cody, and has been tweeting her support for him as he tries his best to stay in the house a little bit longer. Additionally, on Instagram she's been sharing fan-made videos and photos of her and Cody, making it clear that she loves all the support they've received from their fans.

Even her pinned tweet at the moment is about Cody. A popular Big Brother updates account tweeted a quote from Cody, in which he told Alex and Jason, "Jess actually had some balls in this game. It's refreshing to f*cking see that." Jessica then quoted the tweet saying, "THATS MY F*CKING MAN".

It's clear Jess is keeping up with the live feeds, and keeping an eye on what's happening with her man. But even though she definitely wants him to go far in the game, she'd much rather he get revenge on some of the other houseguests before he was evicted. "I want to see him go as far as possible but I also want to see him make some really big game moves, and get some revenge," she said in her exit interview with Us Weekly.

Unfortunately, it doesn't look like that will happen. With Alex as Head-of-Household this week, Paul is once again in control. Paul has made it abundantly clear he wants Cody out and the majority of the house is in obvious support of this decision. Though Cody tried to save himself from being backdoor-ed by purposefully losing the Temptation Competition (thereby qualifying him to compete to win the Power of Veto), Matt turned out to be better at losing and became the third nominee.

To secure the backdoor strategy, Alex then nominated Jason and Elena as pawns. Now, the only way Cody can save himself is if his name is pulled for the veto competition, and unfortunately his chances are slim.