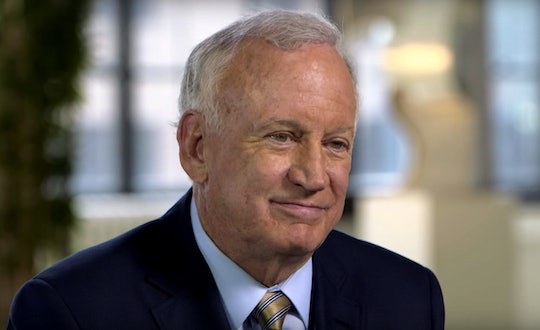 What Does John Ramsey Think Of 'The Case Of: JonBenet'? Her Murder Remains Unsolved

It's hard to believe it has been 20 years since the murder of JonBenét Ramsey — the 6-year-old girl found dead in the basement of her Boulder, Colorado, home on Christmas day in 1996. Harder still to believe is that the 20-year-old case remains unsolved. With the recent success of true crime series such as HBO's The Jinx, the Netflix original series Making a Murderer, and two small screen adaptations of the O.J. Simpson trial over this past year, both CBS and Lifetime hope to capitalize on America's fascination with such grisly stories. CBS will air a six-hour docu-series called The Case of: JonBenét, starting in September. What does John Ramsey think of The Case of: JonBenét?

A quick recap for those not in the know: John Ramsey is JonBenét's father. Along with his wife, Patsy, they were initially considered suspects in JonBenét's homicide by Boulder police, but in 2008, the Boulder District Attorney's office exonerated the Ramseys as suspects based on new DNA evidence. Patsy died of ovarian cancer in 2006, and Ramsey later remarried in 2011.

With Patsy unable to comment, followers of the case must turn to John Ramsey and what he might think of the two miniseries coming out around the 20th anniversary of his daughter's death. To date, the 72-year-old Ramsey has not issued any kind of public statement regarding either forthcoming documentary. Romper reached out to Ramsey’s representation but did not hear back at the time of publication.

John Ramsey and his second wife, Jan Rousseaux, were interviewed by Barbara Walters for her 10-part series, American Scandals on Investigation Discovery. In the 2015 interview, Ramsey said that he hoped JonBenét's killer would be found, saying to Walters, "I think we will have two ways that will happen. It will either be a DNA match or someone who knows something will become angry or bitter against this person and will tell."

In that same interview, Ramsey revealed that he and his late wife Patsy tried very hard to shield their son Burke — JonBenét's older brother who was 9 years old at the time of her murder — from the media circus. In the run up to both the CBS and Lifetime miniseries, Burke Ramsey will appear on the Dr. Phil show in a three-part interview beginning on Sept. 12 on ABC. Burke's interview will be the first time he has spoken publicly about the murder of his younger sister in the 20 years since her death.

Whether John Ramsey will appear in any of those interviews with Dr. Phil remains to be seen; in the Dr. Phil teaser, it's unclear if the interview footage shown with John Ramsey is from a previous interview or new footage. Likewise, viewers will have to wait until The Case of: JonBenét airs in September to see if Ramsey makes an appearance there.