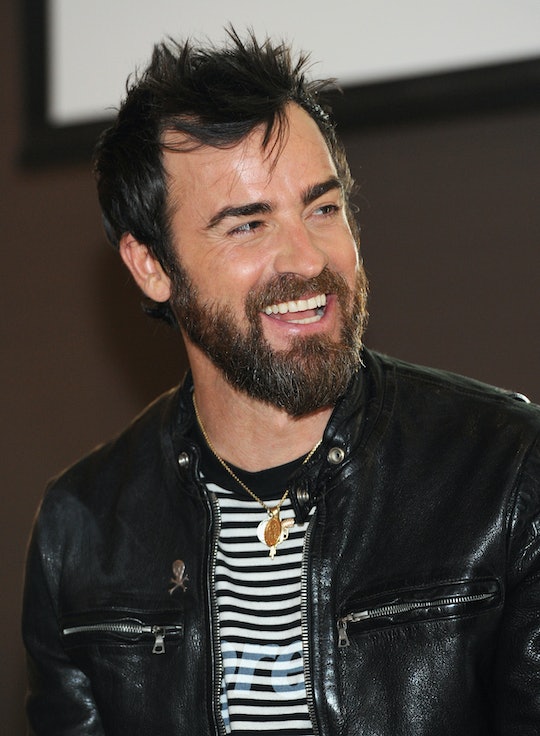 What Does Justin Theroux Think Of Brad Pitt & Angelina Jolie's Divorce? He Kept It Classy

When news broke of the Big Brangelina Split/Death Of Love 2016 Edition, people immediately thought of Brad Pitt's ex-wife, Jennifer Aniston. Memes featuring a laughing Aniston exploded, while those who had been Team Jen all along reveled in the misfortune of the couple they felt had wronged her way back when. Now, Aniston's new husband, Justin Theroux, is speaking out on the Brad Pitt and Angelina Jolie divorce, but those looking for gossip should go elsewhere. Theroux is keeping it classy, and defending his wife's privacy.

"As a child of divorce," he told Business Insider on Monday while promoting his new movie, Girl on the Train, "all I can say is that’s terrible news for those children and that’s all you can really say." He added, "It’s boring to sort of comment on anything else. People are having a bad time. That’s horrible.”

The adverse affect that the divorce will have on the couple's children has been lost in much of the breathless, at times even gleeful, reporting on Brangelina, so kudos to Theroux for pointing it out. Kudos to him, as well, for highlighting that it's not useful or kind to rejoice in a painful divorce, or to drag in Pitt's ex-wife, who has more than moved on in the years since they split. Pitt and Jolie were together for 12 years, and have six children together. Aniston married someone new (she and Theroux met in 2008 and tied the knot in 2015), deepened her acting career, and has explicitly tried to redirect tabloid attention away from herself and towards what is actually important.

Reportedly, Aniston is "devastated" by the intense media attention coming her way in the wake of the divorce, and Theroux had some choice words for those insisting on making his wife a part of the story. He called it "nonsense," adding:

There’s an endless appetite for trash, apparently – though everyone would say that they don’t have that appetite. But I think a lot of people do because people buy it. But there are bigger things to bitch about. It’s shocking how much bandwidth things can take up when there are far more important things going on in the world.

He's right. So in honor of those wise words, and to shine a light for a moment on the "more important things going on," here is Jennifer Aniston's article on the misogyny of tabloid culture, here is a link to help you register to vote in the 2016 United States presidential election, and here is a link to a charity Angelina Jolie co-founded that helps provide education to children affected by conflict. Have at it.