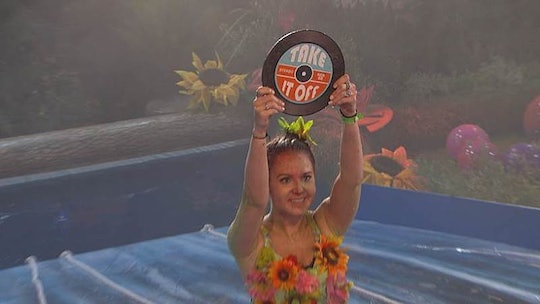 What Does Michelle's Family Think Of 'Big Brother'? They're Very Supportive

It seems the Big Brother 18 house gets more and more intense with every passing episode. Alliances are broken and put back together every day, there's no more teams so it's every man for themselves, and the drama has reached an all time high. Even Michelle, who was able to fly under the radar for so long, started getting pulled into some issues last week when she won the POV. So what does Michelle's family think about Big Brother and Michelle's role in the house?

They're supporting her all the way. Michelle's sister, Renee, is running Michelle's official Twitter page while Michelle's younger sister, Alex, runs the family's fan Twitter account. They both have fun talking about Michelle and her gameplay, poking fun at her like sisters tend to do. Although they like to crack jokes at Michelle's expense, it's clear that they support their sister completely and want to see her win the game. Thankfully, Michelle has done a pretty good job of laying low and isn't on anyone's radar right now, securing herself safety for at least this week and probably for the next. As long as Michelle can keep her head down for a bit longer she has a shot at making it very far in this game.

However, Michelle's best bet would be to win HOH this week. With Paulie and Paul targeting Da'Vonne this week and Zakiyah next week, Michelle needs to make sure she's in control of the house so her friend remains safe. If Da'Vonne does go home this week, that'll be one less ally for Michelle and with the number of houseguests getting smaller and smaller, Michelle will need all the allies she can get. Although it's great to have her family's support on the outside, it's the houseguests on the inside that will determine whether or not she'll be able to win the $500,000.

On Thursday night a new HOH will be crowned. Hopefully for Michelle's sake it'll be herself or one of her allies. If not, Michelle will need to continue to lay low so she doesn't end up on the block and sent home.