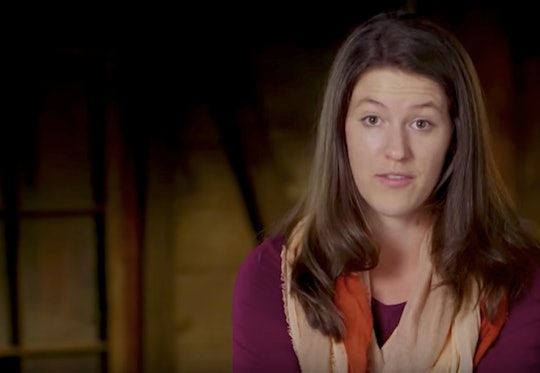 On Aug. 4, Molly Roloff got married to Joel Silvius on the Roloff's family farm. Following the gorgeous wedding, many Little People, Big World fans expressed a renewed interest in Roloff's life. Most of all, fans have been asking: "What does Molly Roloff do for a living?" As it turns out, Roloff has enjoyed a stable full-time job for about a year now.

According to LinkedIn, Roloff works at Moss Adams in Spokane, Washington. According to Moss Adams' website, the Spokane branch (Moss Adams has locations across the Pacific Coast) "is home to professionals who specialize in assurance, tax, and consulting services." As for what Roloff does specifically, she works as a staff accountant, according to a November 2016 press release from Insurance News Net. Translation: Roloff is really good with numbers.

Although Roloff is pretty private about her personal life and career off-screen, fans do know that she attended Whitworth University in Spokane before landing her job at Moss Adams. According to a blog post from Shyanne Faulconer in 2015, Roloff was an "accounting and Spanish double major" during her time at Whitworth. If that doesn't sound impressive enough, the average GPA of an incoming Whitworth freshman is 3.74, according to College Data. It's clear from Roloff's illustrious college career that she always aspired to have a job outside of reality television.

As for whether or not Roloff plans to return to reality television full-time one day, that remains unlikely. Roloff and Silvius' lives are in Spokane (her husband also attended Whitworth), and there's a strong possibility she's not keen on moving back to Oregon where Little People, Big World is filmed. Taking it a step further, it's also likely that Roloff doesn't want to lead a life on reality television, a sentiment her brother, Jacob Roloff, expressed in May.

Jacob said, according to InTouch Weekly:

I don’t want people to think that I’m living in a resentful sort of way towards the show — I’ve moved on from it. It’s just a natural progression of leaving the place you came from, moving on away from home, traveling away from home. Just getting away.

Even if you haven't participated in reality TV before, it's easy to relate to this feeling. It's healthy and totally normal for teenagers to develop their own lives outside of their families, and a lot of young people explore different parts of the world before settling down. It looks like Jacob and Roloff are more comfortable off-camera and tend to feel best when leading their own lives out of the public eye.

Although fans probably want to know more about what Roloff does for work, it's probably for the best that she stays private. It's clear that Roloff has worked really hard to achieve her dreams — and she deserves to enjoy her success in the privacy she desires.