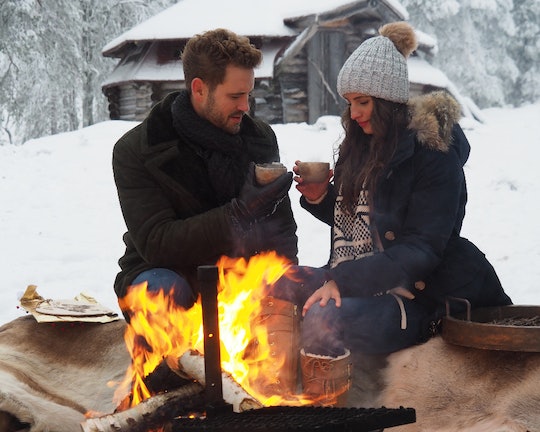 Nick's Family Has Thoughts About His Fiancée

At this point, it seems that Nick's family is as familiar with the Bachelor franchise as he is. They've been through hometown dates and, on this season of The Bachelor, a visit from Nick and a dozen or so of his girlfriends. The Vialls met Raven while they were in Wisconsin earlier this season, but the Neil Lane ring ultimately went to Vanessa. She's certainly not the first of Nick's TV girlfriends to meet them, but will she be the last? What does Nick's family think of Vanessa on The Bachelor? They may have finally met their daughter-in-law.

Nick has truly gone on a roller coaster ride in Bachelor Nation, but he's not the only one. The Vialls have been with him every step of the way, and they know how hard this journey has been on him. Honestly, it's clear that it's taken a toll on them, too. During this season, Nick went home to Wisconsin to visit his family and go on some dates. It was the place of his first one-on-one with Raven – and it just so happened that she met his huge family. They liked her, especially Nick's younger sister Bella.

Despite Bella's optimism about Nick's tenure on The Bachelor, Nick's parents were less happy. Nick's mother was especially worried over how this would turn out for him, especially because this was his fourth time doing this. It was really touching to see my mom get emotional, and I think we all saw me choke up a little too," he said in a profile for People. "I know she just wants the best for me, and hopes that I find that lasting love."

Nick's parents, Mary and Chris, were hesitant when Nick came home (though they did like Raven when they first met). How did they feel this time around, when Nick brought home his would-be fiancé? Chris Viall was especially tough on Vanessa. He said that relationships take work and compromise — and then got choked up himself (all the Vialls seem to have that in common). Ultimately, though, they saw what Nick felt for Vanessa and what she felt for him. Nick's parents supported him, and are probably most overjoyed that after several years of being through the entire Bachelor franchise that he's finally engaged. Whether their engagement and marriage will last, no one's certain, but Nick's family won't be what ends it.