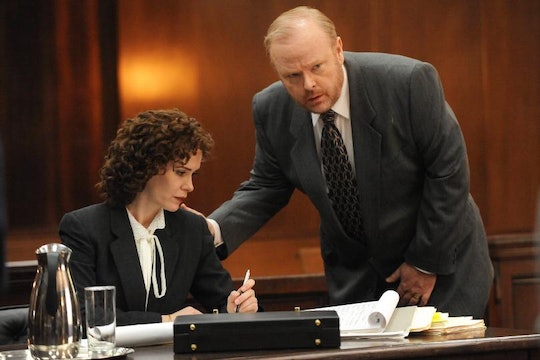 What Does Nicole Brown's Sister Think of 'The People v O.J. Simpson'? She's Speaking Out For Nicole

Nicole Brown Simpson, regardless of the celebrity sensation surrounding her murder was the victim of a violent crime. And with the release of The People v. O.J. Simpson: American Crime Story, Tanya Brown, the younger sister of Nicole Brown Simpson, is being forced to re-live the whole ugly mess that was her sisters murder and the highly-publicized trial that resulted. But it's not being reminded of the details surrounding her sister's death that's most troubling, she says. So what does Nicole Brown's sister think of The People v. O.J. Simpson?

Brown told the Orange County Register that the first time she saw the trailer for the show she "went completely silent" and wasn't sure how she was supposed to feel.

There's nothing she can do about the fanatic interest in her sister's high-profile murder, she said, and she seems to have made peace with that fact. But what bothers her is that no one from the FX series ever bothered to reach out to her or any of the family members. Instead, the series is based on the account of the case from Jeffrey Toobin's book, The Run of His Life: The People v. O.J. Simpson.

Her main concern is that the depiction will inevitably leave out much of Nicole's story and instead rely on salacious details shared through little more than gossip surrounding her sister's brutal murder.

Since the series' release, Tanya has declined to comment on the show's depiction of her sister any further, which is completely understandable. While an entirely new generation of Americans are being drawn into the gruesome details of the case, it's easy to forget these are real people whose lives were shattered on that summer evening in 1994, most notably Nicole Brown Simpson's children, Sydney, who is now 30 years old and Justin, 27. Tanya said that the effect the show could have on the kids is something she thinks about a lot, according to People:

Losing Nicole was painful for me of course, but seeing my parents – and the kids – go through what they went through was horrendous. That was my pain, really. ...

She said that the kids are doing well and are "so grounded," but that she doesn't wish any unnecessary pain on them:

I am so proud of what and who they become. ... I don't wish what my family went through on my biggest enemy.