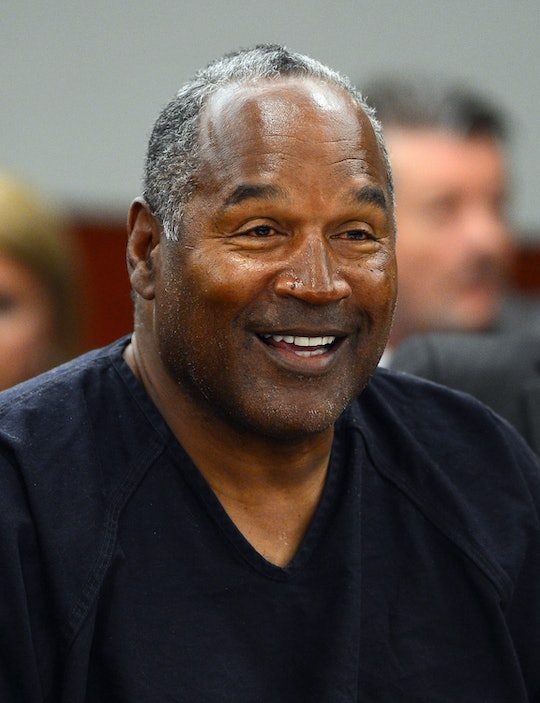 What Does Peggy York Think Of O.J. Simpson? Considering Her Job, It's Easy To Guess

Margaret "Peggy" York is the wife of O.J. Simpson murder trial Judge Lance Ito who was launched into the center of the O.J. Simpson case for a time. Oddly, one of the prosecution's star witnesses, Mark Fuhrman, was recorded trash talking York, who at one time had been the detective's supervisor. So the controversy involving York and the Simpson case was more about how Judge Ito would react to hearing a witness saying awful things about his wife, rather than what Peggy York thought of O.J. Simpson. Would Judge Ito be able to remain impartial to a prosecution whose star witness was recorded slamming the judge's wife?

York was one of the first women to rise within the ranks of the Los Angeles Police Department. In fact, in 1995, she was the highest ranking woman in the LAPD and her story had served as the inspiration for the chick cop drama Cagney & Lacey. Fuhrman was front and center at the O.J. Simpson trial, providing testimony as a detective investigating the murders.

According to reporting on the trial from the New York Times, Fuhrman made taped recordings of conversations with an aspiring filmmaker from North Carolina named Laura Hart McKinny. On the tapes, he was recorded making racial slurs and using the n-word many times. Fuhrman also allegedly said disparaging things about York. Now that the Simpson defense team wanted to introduce the tapes as evidence of racial bias by the LAPD, Marcia Clark and the prosecution, who were depending on Fuhrman's testimony to convict Simpson, were leery of Ito being able to rule fairly in light of Fuhrman's comments. Fuhrman reportedly made comments about York's appearance and accused her of leveraging sex to rise through the LAPD ranks. Ultimately, the tapes were admitted, something the prosecution amounted to the defense playing the "race card" and ultimately was enough to convince a jury there wasn't enough evidence for a "guilty" verdict.

As for what York thinks of Simpson, it's hard to tell. But if I had to guess, I would think that a woman who devoted her life to working for the police, would trust the work of the LAPD detectives and the conclusion of their investigation despite tough talk from a guy trying to impress a filmmaker. Looking back, especially in light of the case's resurrection in the public conscious thanks to the new series The People v. O.J. Simpson: American Crime Story, it's easy to see how so much got lost among all the media attention surrounding the case. York hasn't publicly come out on one side or another and is reportedly enjoying a quiet retirement with her husband with the entire O.J. Simpson mess behind them.